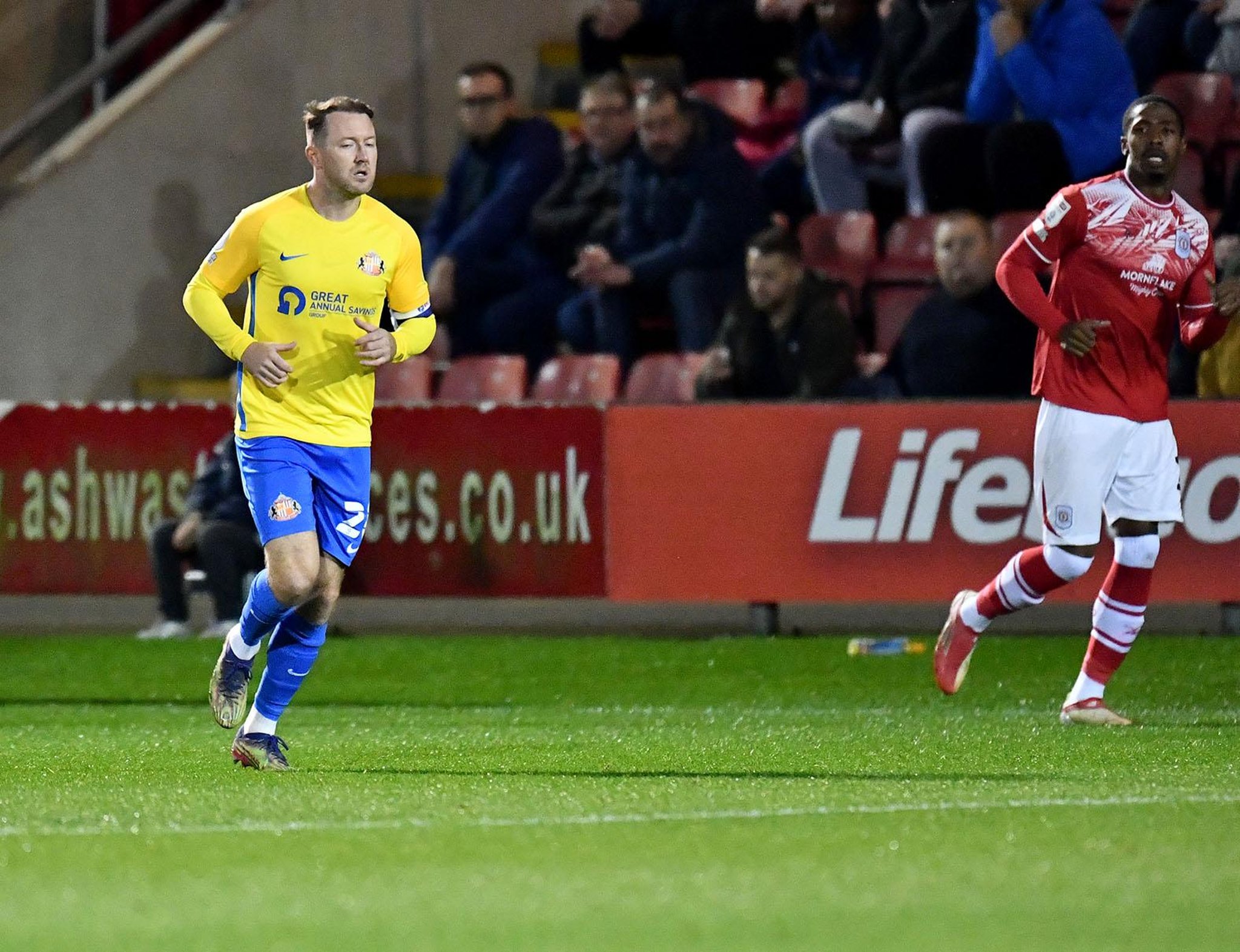 The Black Cats face Ipswich Town at the Stadium of Light on Saturday with the penalty shootout win over QPR in the Carabao Cup their only win in their last six competitive games.

Heavy defeats to Rotherham United and Sheffield Wednesday turned early-season optimism into some alarm for many, and Johnson knows the importance of quickly turning that form around.

He insists fatigue was a major factor in his team’s recent dip, and says he is confident his side can produce the kind of performance that has left them with the best record on home turf in League One this season.

“I think the came at a very good time,” Johnson said.

“We needed to recuperate and to heal a few injuries, which has happened.

Ross Stewart is a good example, he was hanging on a bit with a shoulder ligament injury, he’s had an injection and now looks extremely sharp.

“We have to be humble enough and honest enough that we’ve been disappointed with ourselves and that we’ve let people down.

“We don’t want to do that and no one sets out to do that, I think there were some mitigating circumstances in terms of accumulative fatigue that’s now cleared and is no excuse.

“We still expected our standards to be higher in that time, of course.

“But you have to maximise that time to get that rest, recuperation, and work hard on the areas we need to improve.

“Some of that was just about improving our overall health and fitness, which we’ve done.

“I’m really confident we’ll go out and put a good show on for our fans.

“The lads are desperate to do that having had a really good ten days, two weeks.

“They’ve recruited really well, they didn’t have the best of starts but you can see their form now.

“Our home form is the best in the league on points-per-game and we want to continue that.

“I know that when we come out on Saturday, and have that good start that we’re aiming for and have been working towards, the atmosphere will be absolutely bouncing and that will in turn drive on the players from a position of being well rested, sharp and going into the game full of vigour.”

While Stewart’s shoulder is one example of how Johnson believes the break has been crucial to his side, Aiden McGeady is another.

The influential winger has struggled for form during that poor run of results, often playing through the pain barrier.

Johnson offered further background to that on Friday afternoon, but added that he believes the 35-year-old is in a far better place ahead of what is a crucial run of games before the January window.

“In the Rotherham game, Geads played, unbeknownst to us, with a hamstring injury,” Johnson said.

“I wouldn’t say his athletic performance was up to the levels that Aiden McGeady at 35, or any other age, can produce.

“In certain areas of the game, that cost us. Probably in any footballer’s head, they’re being brave by playing through because their intention is to produce for the team, which we know Aiden McGeady obviously can, particularly when he’s on the ball.

“For whatever reason, it ended up having a detrimental effect in that particular game, and we’ve had to go back to the drawing board to try to rebuild Geads physically, and make sure he’s in a good place.

“Now, he is in a good place, he’s moving well – the eye tells me that he’s moving well – and technically I think he’ll be the same until he’s 65. I think you could put him on any pitch in the world, if he didn’t have to run, and he could play those magic balls until his body completely gives up on him and he’s dead.

“However, obviously the game is about more than just the two or three minutes that each individual has on the ball.

“Certainly, looking at him, he’s going to be an important player for us, particularly moving into these next 11 games that we’re really focused on to stamp our authority on the division.

“We’ve definitely had areas that we’ve had to resolve of late.

“Everyone has been hurting, but now we want to prove to everyone that we’re worthy of their belief, and of their encouragement.”

One injury concern for Johnson is that of Lee Burge, who will be absent from the match day squad for, in all likelihood, the next three games at least.

That has led the head coach to recall Anthony Patterson from Notts County, though he confirmed that the 21-year-old could return there once Burge has recovered.

“Lee has a hip flexor problem, that he actually had at the start of the season,” Johnson said.

“We wouldn’t expect it to be long, it’s probably a seven to ten day injury.

“We’ll just reassess when we have a decision to make on the back end of that, and Patto could then potentially go back out.

“We’ve got a development plan for each individual player.

“It would have been easy to keep Patto around but we feel he has a real bright future as a potential number one, in which case the development phase is as important as protecting the immediate results of the first time.”