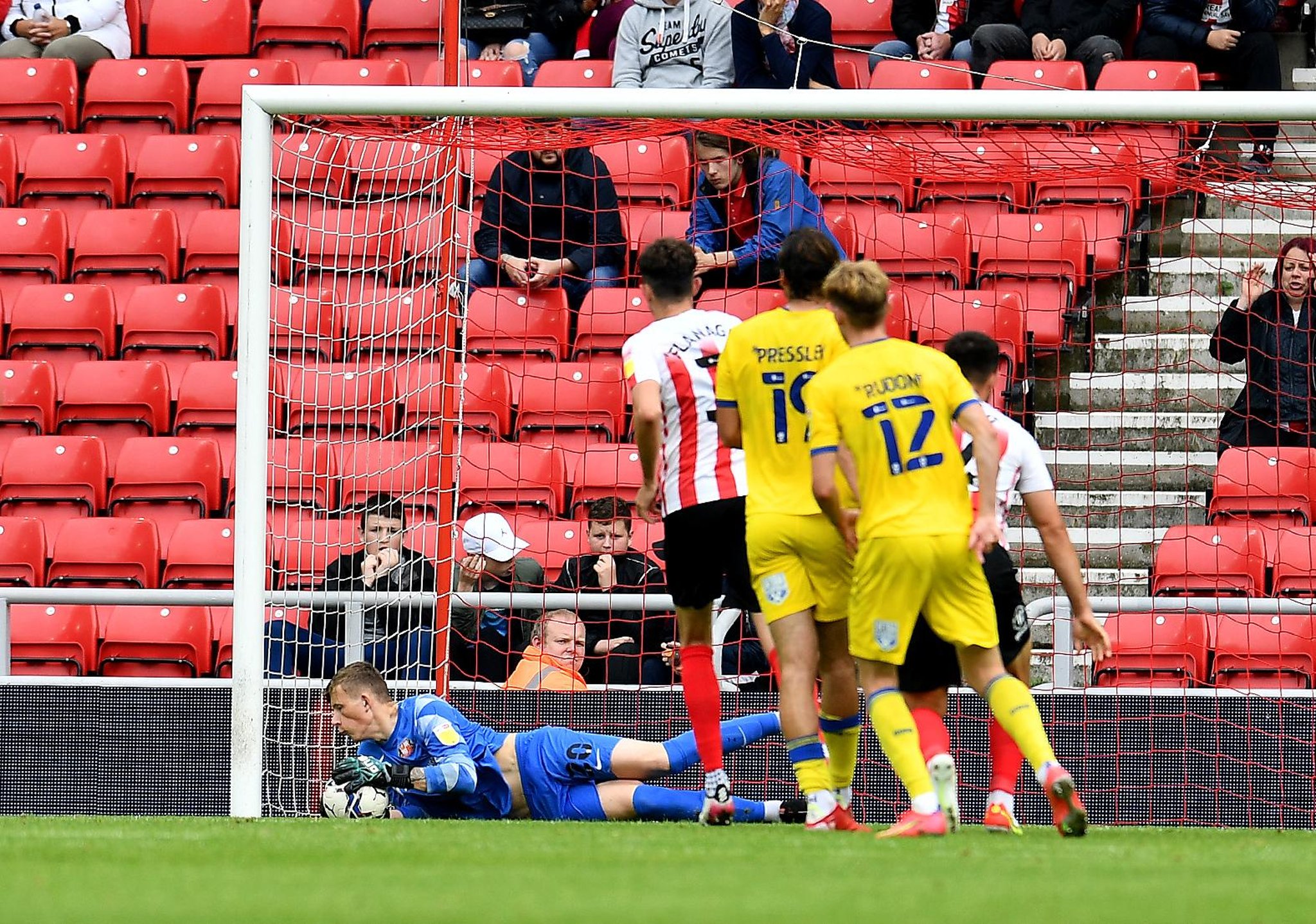 The club say it is a ‘short-term’ issue with Burge, but it is of sufficient concern to bring Patterson back to offer cover and competition from Thorben Hoffmann.

Patterson has made a significant impression under head coach Ian Burchnall, with his initial 28-day loan being extended until January.

The young goalkeeper made 10 appearances during his time at Meadow Lane, coinciding with a strong run of form for the National League promotion contenders.

The Black Cats have had to exercise an early recall clause due to the injury, but Burchnall says the two clubs have had ‘positive dialogue’ with regards to the 21-year-old returning at a future date.

Burchnall said: “As much as we rate and value Sam [Slocombe], Anthony has added tremendous competition to our goalkeeping department. We’re keen to see him return and have had positive dialogue with Sunderland to that effect.

“Anyone who has watched Patto during his time with us will understand the benefit this loan will have had to him as a keeper. His skillset is very well suited to the way we want to play and we feel we can continue to drive his development forward and contribute to him realising his huge potential.

“Anthony’s form means we have been able to give Sam the time he needs to get back to full fitness and we now look forward to getting him back between the sticks and benefitting from the terrific qualities and experience he brings.”

In a statement Sunderland thanked Notts County for their understanding.

"The Academy of Light graduate, who impressed throughout a 10-game loan spell at Meadow Lane, returns to Wearside after Lee Burge picked up a short-term knock,” the statement reads.

“The goalkeeper returned to training with Lee Johnson's first-team squad on Friday morning.

“SAFC would like to thank Notts County for their understanding and wish them the best of luck throughout their continued National League campaign.”

Patterson made his league debut in a win over AFC Wimbledon earlier this season, and Sunderland believe he is a viable option as a long-term number one.