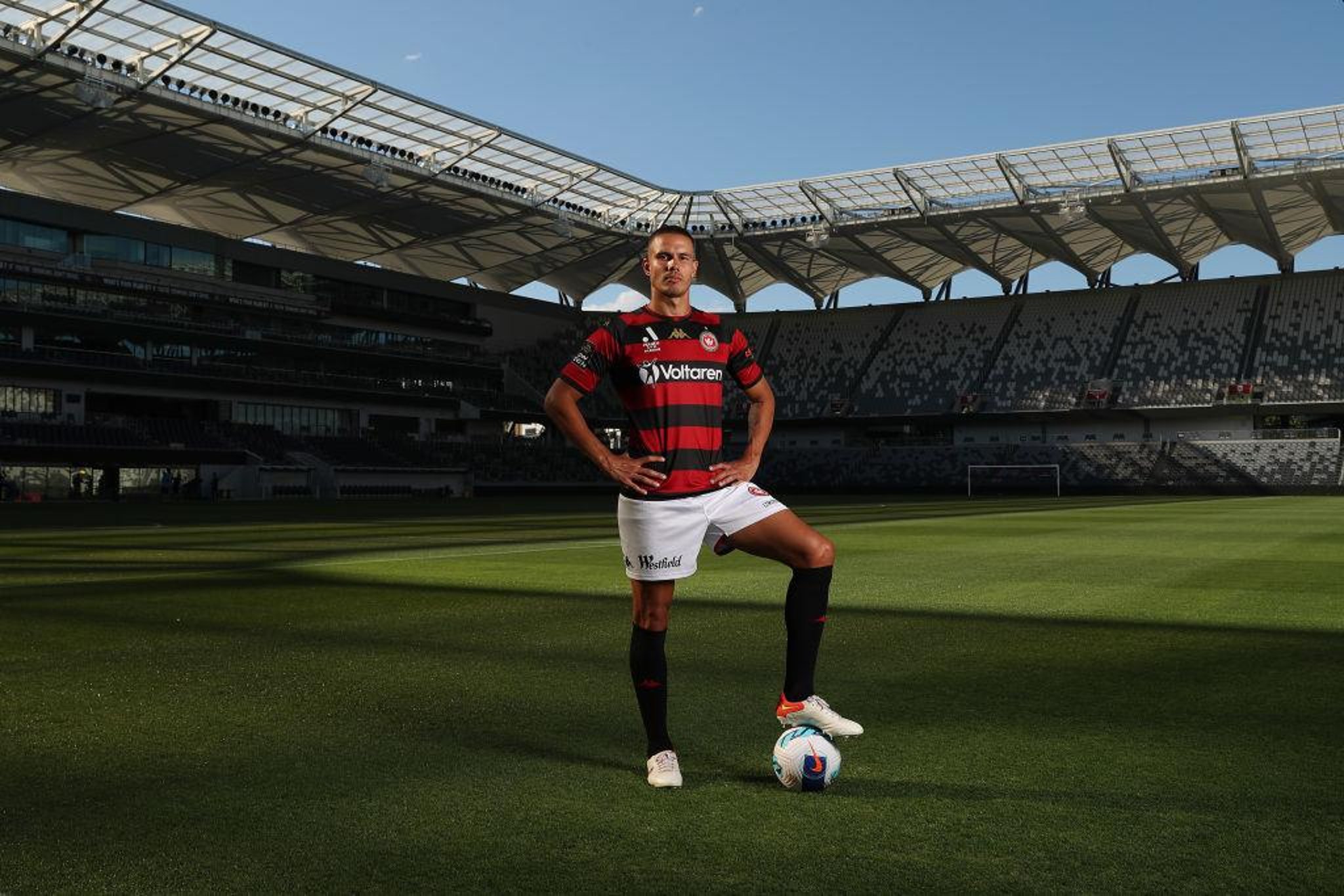 Jack Rodwell poses during a Western Sydney Wanderers press conference after signing a deal to play in the A-League this season. (Photo by Mark Metcalfe/Getty Images).

The former Sunderland midfielder joins Wanderers on a one-season deal after spending the last two weeks training with the club.

Rodwell said: “This move is really exciting for me, I’ve been looking at the opportunity to play in Australia for a couple of months and with my wife being from Western Sydney, the Wanderers was the perfect destination.

“Australia is like a second home to me, it’s my favourite country on earth, it’s where my wife and her family are from; we love the place.

“I honestly can’t wait to play. With the opening match being the Sydney Derby, everyone in my family will be there watching so it is a huge opportunity and something I am really looking forward to.

“I’d like to thank the club for this opportunity, and hope I can repay the faith they have shown in me.”

The central midfielder was a major signing for Sunderland from Manchester City in the summer of 2014 for a fee of around £10million.

But Rodwell struggled to make a consistent impact and as the club dropped into the Championship, he was the only player not to have a wage reduction written into his contract.

It became a source of major contention when he made few appearances in the following campaign as the club were again relegated.

Rodwell made just six appearances, three of which were in the EFL trophy.

A spell at Sheffield United followed.

Head coach Carl Robinson said: “We are delighted to have Jack part of our squad as he is a strong character with excellent leadership qualities.

“He’s settled in excellently in such a short time, and fitted in well with the group sharing the same values and ideas we have here as a club.

“His experience speaks for itself and his signing his an opportunity for him to get back to enjoying his football in a positive and competitive environment.

‘We look forward to Jack being a great addition to our strong core group of players this season.”

CEO John Tsatsimas said: “Jack is a fantastic individual who has come to the club with great intentions and has already shown us what he is capable of in training.”