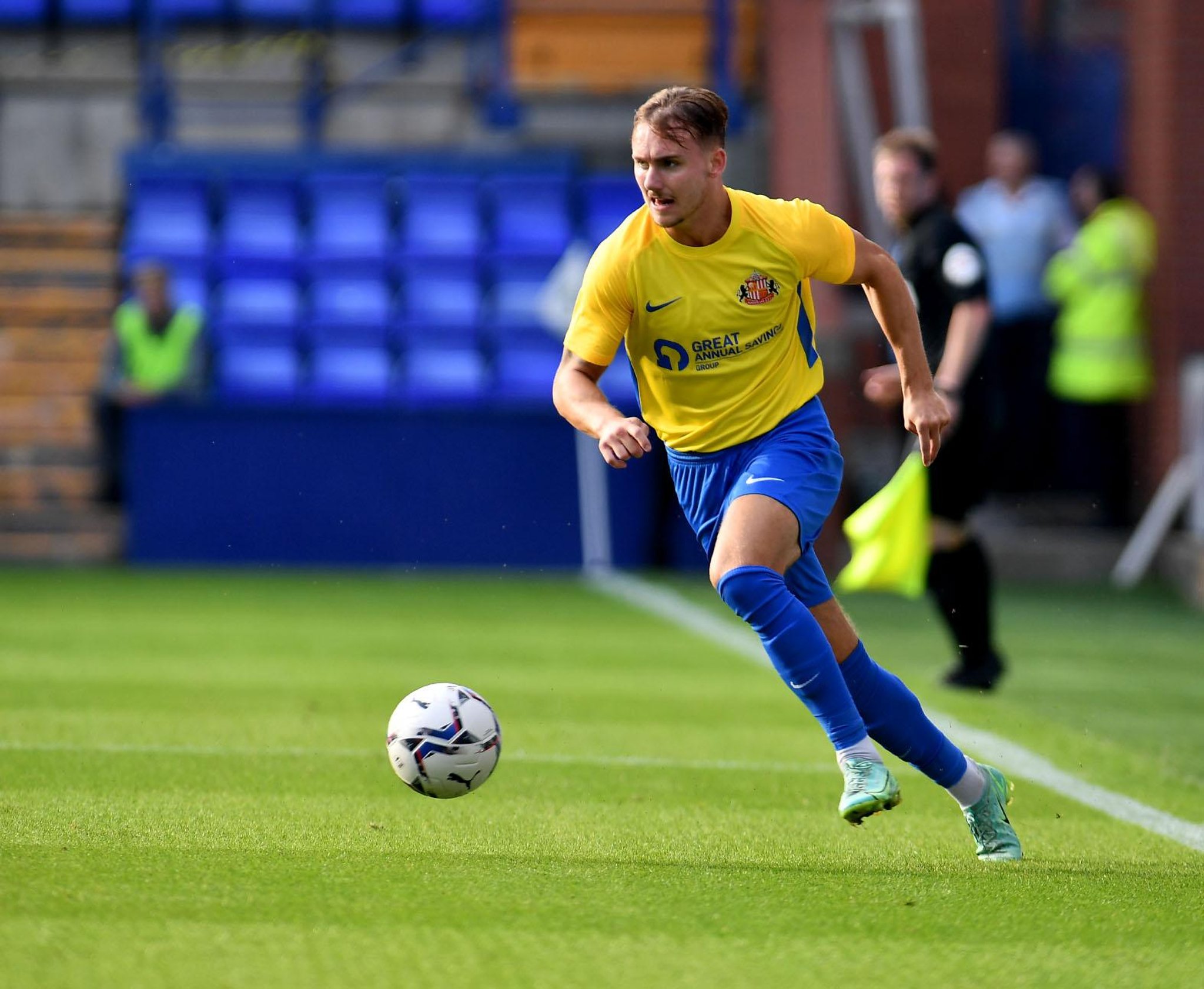 The Sunderland midfielder was sent to the League Two side on transfer deadline day in order to earn regular game time - something he was not assured of had he remained on Wearside.

The 21-year-old is highly thought of at the Stadium of Light, so much so that he returned to the North East this week for a training exercise to allow head coach Lee Johnson the opportunity to examine his progress.

That progress has been successful with the winger contributing three goals and five assists for Simon Weaver’s side in 17 appearances.

Jack Diamond is highly rated at the Stadium of Light as he enjoys a second loan spell at Harrogate Town. Picture by FRANK REID

And while Diamond may have been disappointed to learn he was not part of Johnson’s plans this season, he has backed the decision to return to Wetherby Road.

“I definitely feel that it was a good decision to come back here,” he told the Harrogate Advertiser.

“Any decision, it’s not going to be a bad decision if I am playing football, that was the way I looked at it and there are smaller factors as well.

“I think I’ve developed since I came back here. That’s the thing that I am trying to do all the time.

“Maybe I might see it a bit more than other people because I’m always setting little goals for myself.

“It’s not always big goals, it’s stepping stones, just even the fact that I’ve got more goals now than I did [after 14 games] when I was here before.

“And just because I’m playing consistent football in the Football League, I think that is so important for a player like me, of my age, when you’ve come through the academy system. This is real football, this is the real game.

“So yeah, it’s proving a good decision so far, I just hope that I can keep helping Harrogate in the way that I want to.”

Those words will be music to the ears of Sunderland, particularly sporting director Kristjaan Speakman who, at the time of the loan deal, suggested Diamond requires ‘the rigours and frequency of regular first-team football’ insisting it is an important stage of the 21-year-old’s career.

Diamond has featured on the left wing for the Sulphurites and was described by former Hartlepool United boss Dave Challinor as their ‘biggest threat’ in their recent game at the Suit Direct Stadium.

The midfielder was able to test his ability against League One opposition in the Papa John’s Trophy more recently though when they travelled to Hillsborough to take on Sheffield Wednesday and, while Weaver’s side suffered a heavy defeat, the winger was able to put in an encouraging display with Diamond admitting he’s just trying to prove himself in every game.

“I think that the way the modern game is going, wingers are expected to contribute as much as strikers now.

“I can do anything I want in the build-up, but if I’m not getting those goals and assists then it means nothing.

“That Sheffield Wednesday game was one that I looked at and thought if I’m ever going to play at the level I want to play at then I’ve got to be doing well against this opposition.

“Every game I am just trying to prove something because I’m on loan."