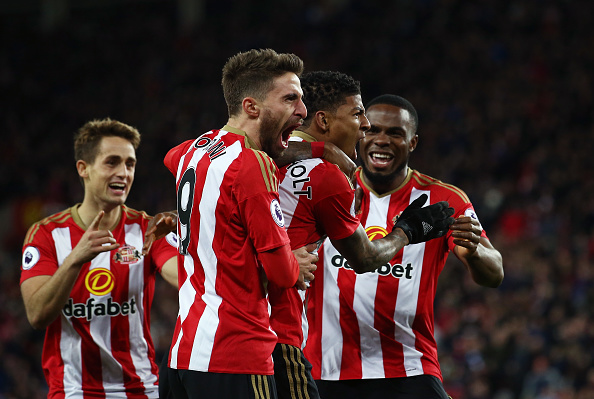 Gary Lineker has taken to Twitter to react after Micah Richards explained why his move to Sunderland collapsed under Gus Poyet.

Well, Richards was speaking to Lineker and Alan Shearer on the BBC’s Match of the Day Top 10 series.

Poyet was the topic of discussion, which led to Richards revealing that he doesn’t like the Uruguayan that much.

The 33-year-old – who won the Premier League in 2012 – claimed that Sunderland’s owners wanted to sign him, but Poyet didn’t.

Richards said: “This is why. It’s come back to me now, because he was supposed to take me to Sunderland. He said something like ‘your form is not good enough, the owners want to buy you but to be honest, I don’t want to.’

Despite reacting to the revelation live while sat next to him, Lineker also hopped onto Twitter to add some thoughts, which you can see below.

Revenge is a dish best served with a big laugh. https://t.co/sTPkg9YTRa

Clearly, when the owners want a player who the manager doesn’t, there’s a lack of joined up thinking going on.

Everyone at a football club should be pulling in the same direction, and should also be on the same page in regards to recruitment.

What good is it for the owners to want a player who the manager has no desire to sign, and therefore no plans to use?

Evidently, there were issues at the Stadium of Light, and it cost the Black Cats more than just securing the signature of Richards.

Sunderland now find themselves seventh in League One, where the Premier League seems like a world away from Wearside.

Sadly, that is the price to pay in football when the owners and management simply aren’t singing from the same hymn-sheet.