‘Masterclass’: Some Sunderland fans laud £2k-a-week ace after ‘the game of his life’ in London
HITC 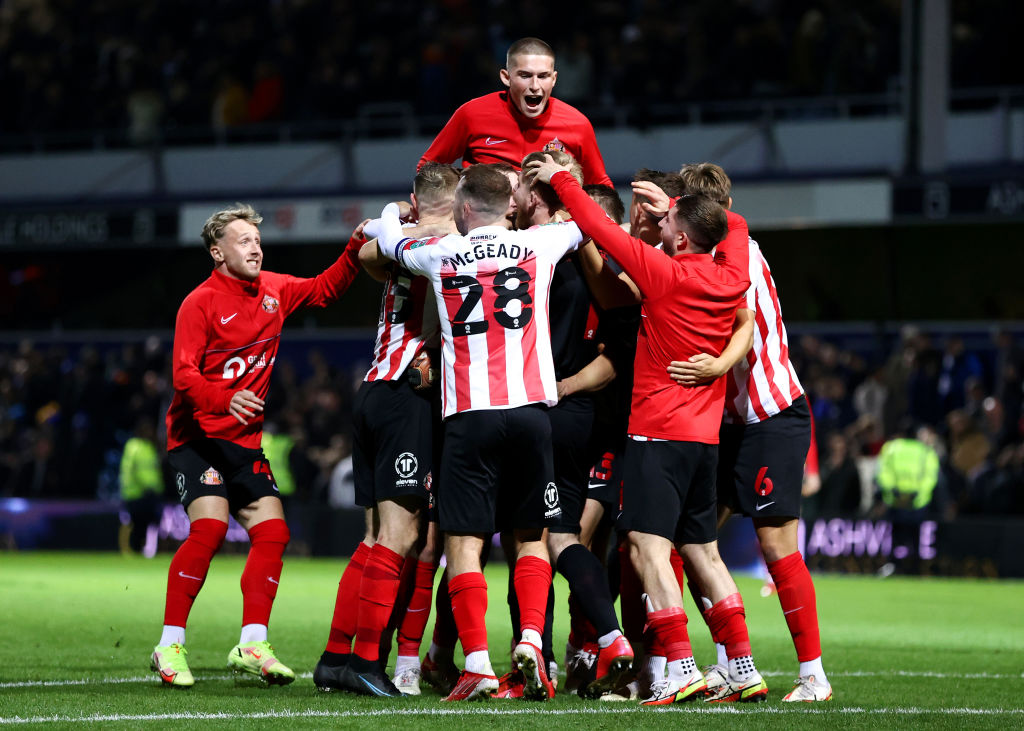 Sunderland’s League Cup dream continued as the Black Cats eliminated Queens Park Rangers on penalties, and Lee Burge was the hero on the night.

The £2k-a-week goalkeeper was a star throughout the match, keeping a persistent QPR side at bay with a flurry of excellent saves. And in the shootout, Burge again came up clutch for Sunderland.

The 29-year-old saved the first penalty of the contest before two missed QPR penalties saw Sunderland win 3-1 in the shootout, with Berge emerging as a hero for the League One side.

Sunderland will now be in the draw for the League Cup quarter-finals, with Arsenal and Chelsea also progressing on the night to the final eight of the cup competition.

A League One side has never made it to the final of the competition. Yet Sunderland and Burge have given hope and confidence to supporters that the impossible could well be on the cards.

The Black Cats have made it to the League Cup final in recent years, with Sunderland going all the way to Wembley Stadium in the 2013/14 season, which Manchester City won 3-1.

Indeed, making it this far into the competition would have been a dream at the start of the season. And as you would expect, Sunderland fans on social media have showered Burge with praise.

Lee Burge is my hero

Lee burge had the best game of his life there

Hats off to Lee Burge class all 90 minutes and came through in pens. Quarter finals is it 😮‍💨

In other news, 'You seemed okay': Tottenham legend Graham Roberts hits out at Gary Neville after what he tweeted last night