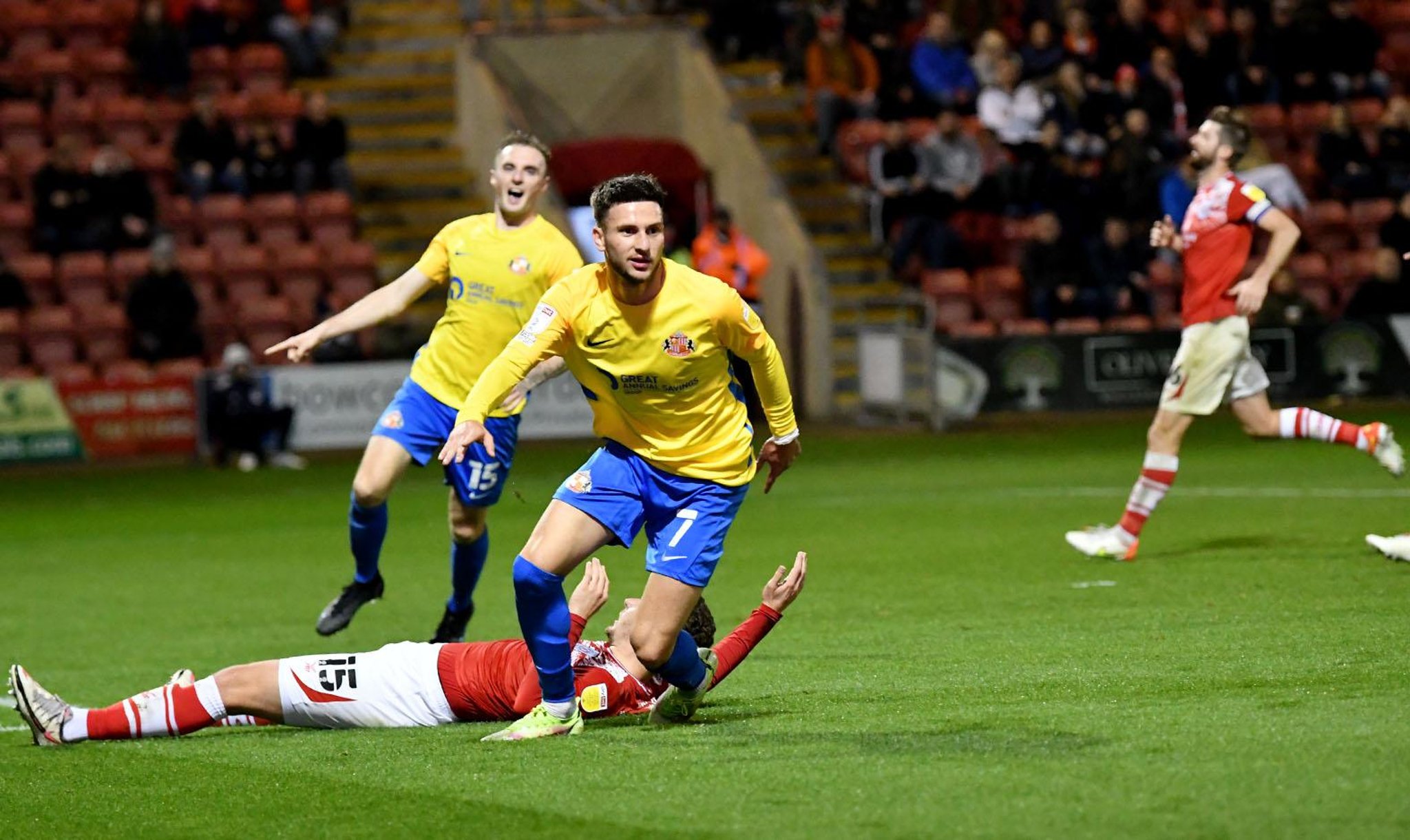 The 20-year-old winger joined the Black Cats on loan from Union Berlin in the summer, a deal which includes an option to buy at the end of the season.

It’s been a stop-start few months for Dajaku, who arrived on Wearside short of game time and missed the weekend’s win at Gillingham with a thigh issue.

The winger has scored twice in four league appearances for Sunderland, though, including a stunning solo goal in the side’s 4-0 win at Crewe.

Lee Johnson’s side were backed by 1,680 away fans at the Mornflake Stadium, and Dajaku enjoyed celebrating with the travelling Wearsiders when he added the team’s fourth goal.

“I couldn’t really believe it,” Dajaku admitted when asked about Sunderland’s support. “Before the game, I was looking at the whole of the stand and asking the rest of the players, ‘Are they all the fans from us?’

"There were so many fans for us, and it’s great, we need that support. It’s great for us to have that, and we have to say thanks to our fans because they came a long way."

Before his move to Sunderland, most of Dajaku’s game time came in the German third tier for Bayern Munich’s second team – playing in games with much lower attendances.

“There has been a lot of talk in my country about the good young English players that are coming over to Germany – maybe now we change it and show it can start to happen the other way,” he added.

“It is a big opportunity for a young player myself. It is a chance to play big games in front of big crowds at this level – that is why I decided to come to England.

"Of course, Sunderland is a big club, and that was really important. But in general, I think there are definitely opportunities for young players from Germany here in England. That’s why I came here and I am enjoying it.”

There are also differences on the pitch in terms of the tempo of matches.

“The football is different to the same level in Germany. Here, it is much faster,” admitted Dajaku.

"You get competitive games in Germany at this level – the teams are still pretty good – but often, we would be playing a bit slower. It’s hard, but not so fast.

“Here, it’s quick. You have to be always 100 per cent ready to sprint and get involved. It’s definitely faster."

Before joining Sunderland, Dajaku was reassured he was making the right move following a lengthy conversation with Johnson.

“I spoke with the manager a lot, and he gave me a good feeling about coming here,” said the winger.

"I know it’s England, a new country, and it could have been difficult for me. But I wanted to give it a go, and I was 100 per cent feeling good that I would do this.

"The gaffer gave me a good feeling too, and with these team-mates, it’s great.”