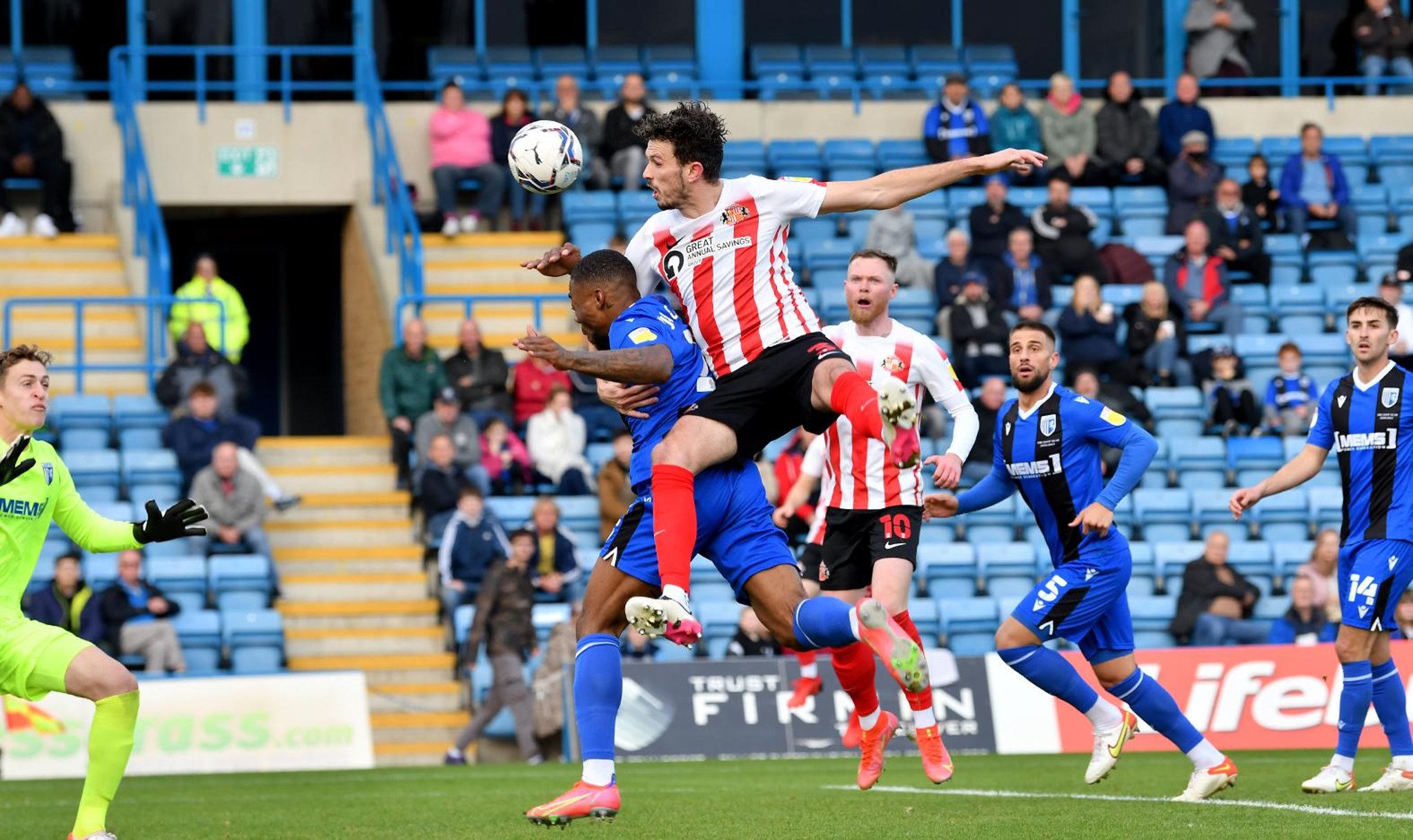 Gillingham went a goal ahead in the first half after Luke O’Nien gave away a penalty which was promptly converted by Danny Lloyd.

Although Sunderland were poor in the opening stanza, Aiden O’Brien equalised for the Black Cats just before half-time following an excellent cross from Dan Neil.

Sunderland, though, were made to needlessly sweat on the win when Elliot Embleton was shown a straight red card for a late challenge on Jack Tucker.

Johnson’s men, however, are taught to handle these types of situations in training, with ‘protocol’ often spoken about by the head coach and his players.

And Sunderland managed to hold onto the three points with Flanagan starring in a battling defensive effort during the latter stages of the fixture.

But as Sunderland’s playing identity enters into sharper focus, how is life under Lee Johnson?

“I think everyone is just really really enjoying playing this style of football,” Flannagn admitted.

“Me certainly. This is the best team I’ve played in for a long, long time. I am really, really enjoying my football. We’ve got a real good mix and it’s just a really good style.

“And I think all the boys like that so I don’t think we’ll go away from that and we’ve got good characters in the dressing room when things are going wrong. They will pick people out but then they’ll congratulate them.”

But was Embleton picked out following his potentially (at the time) costly mistake?

“No one has gone in there and given Embo any grief or anything. They understand.

"Obviously he was late. But I don’t think it was a red card. If he doesn’t go for that tackle and someone goes around him and crosses the ball.

"He was doing it for the right reasons but he’s got it wrong.

“No one is saying anything to him or being negative. We’re just a good group and that’s the most important thing.”