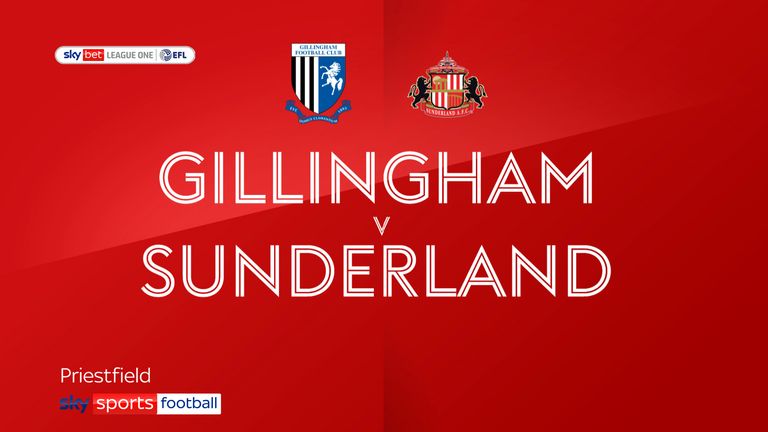 Tom Flanagan scored the winner against his former club as 10-man Sunderland came from behind to beat Gillingham 2-1 at Priestfield.

The Gills started brightly, with Jack Tucker forcing Sunderland goalkeeper Ron-Thorben Hoffmann into a save after seven minutes.

Steve Evans' side took the lead in the 25th minute, as Danny Lloyd fired home from the penalty spot after Luke O'Nien tripped Stuart O'Keefe in the box.

Flanagan, who was a part of Gillingham's League Two title-winning team in 2012-13, completed the turnaround as he headed in from Alex Pritchard's delivery nine minutes into the second half.

The visitors played the final 23 minutes with 10 men after referee Lee Swabey sent off Elliot Embleton for a sliding tackle on Tucker.