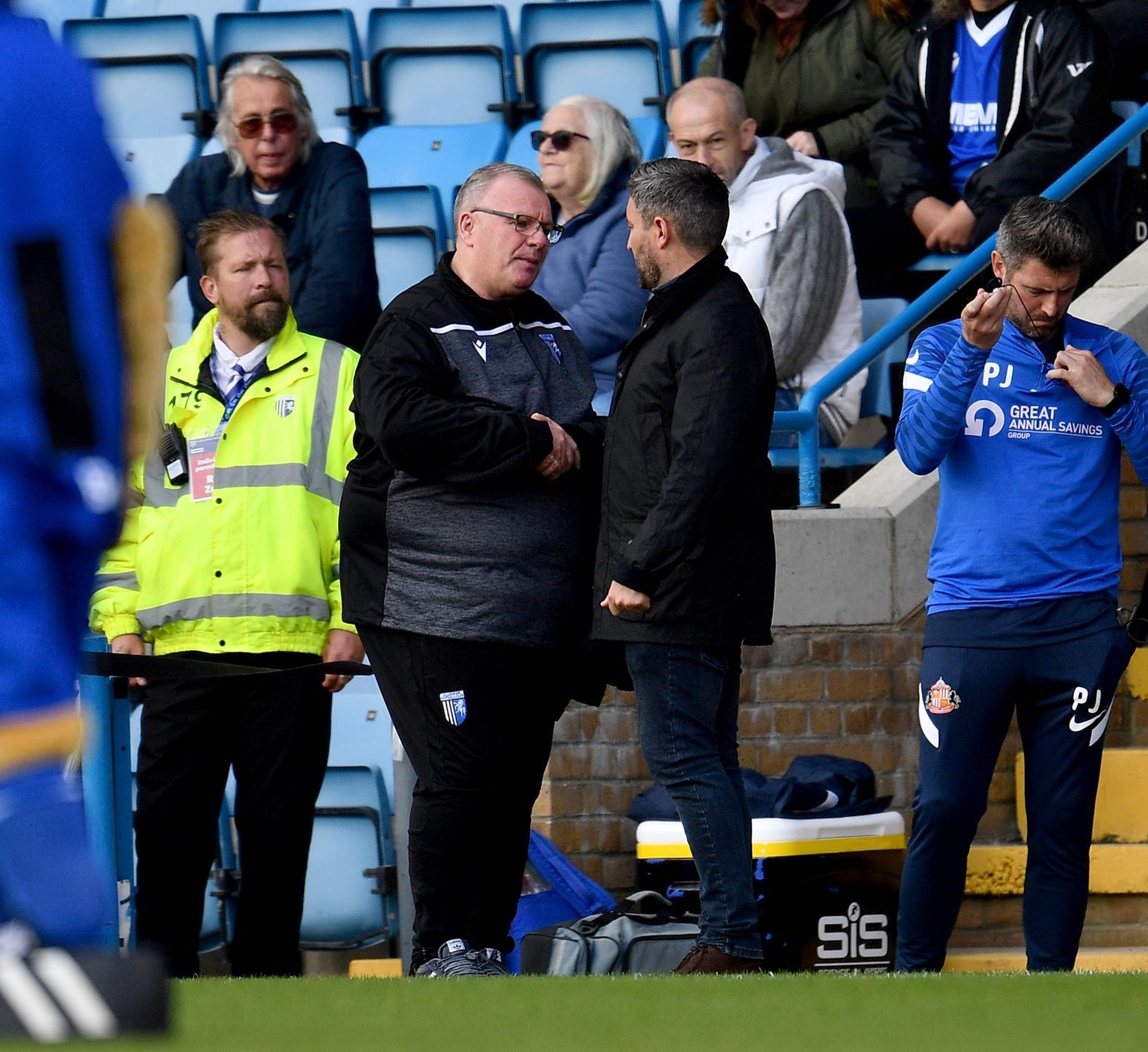 The Black Cats midfielder was dismissed for a late tackle on Gills defender Jack Tucker midway through the second half, leaving his side on the back foot while defending a 2-1 lead.

Sunderland managed to hang on after goals from Aiden O’Brien and Tom Flanagan either side of half-time at Priestfield Stadium, while goalkeeper Thorben Hoffmann made an outstanding late save.

When asked about Embleton’s red card, Johnson said: “I’m not sure we can appeal, we’ll have a look at it.

“It is what the referee interprets as dangerous play, he thought it was high and I spoke to him after the game.

“Both the fourth official and linesman who were in front of me said yellow. I could hear them talking down the mic.

“For some reason he seemed to be really trigger happy in the second half with throw-ins and free-kicks.

“It is a disappointing one because we have enough injuries as it is and we don’t want to lose another key player.”

Despite dominating possession, Sunderland struggled to break Gillingham down in the first half as Danny Lloyd opened the scoring for the hosts from the penalty spot.

"I think they dropped off and sometimes it can appear a little bit boring,” added Johnson.

“Everytime we did get an opportunity to execute the final ball the quality wasn’t there.

“We actually played some quite nice patterns but maybe not as quick as we normally do.

“It wasn’t a bad pitch but it was left a little bit longer so it perhaps doesn’t slide through like ice hockey, it sort of tumble weeds across.

“We needed to quicken our feet and to be fair I thought the first 25 minutes of the second half we were excellent.“

Sunderland now have another quick turnaround and face a trip to Crewe on Tuesday.