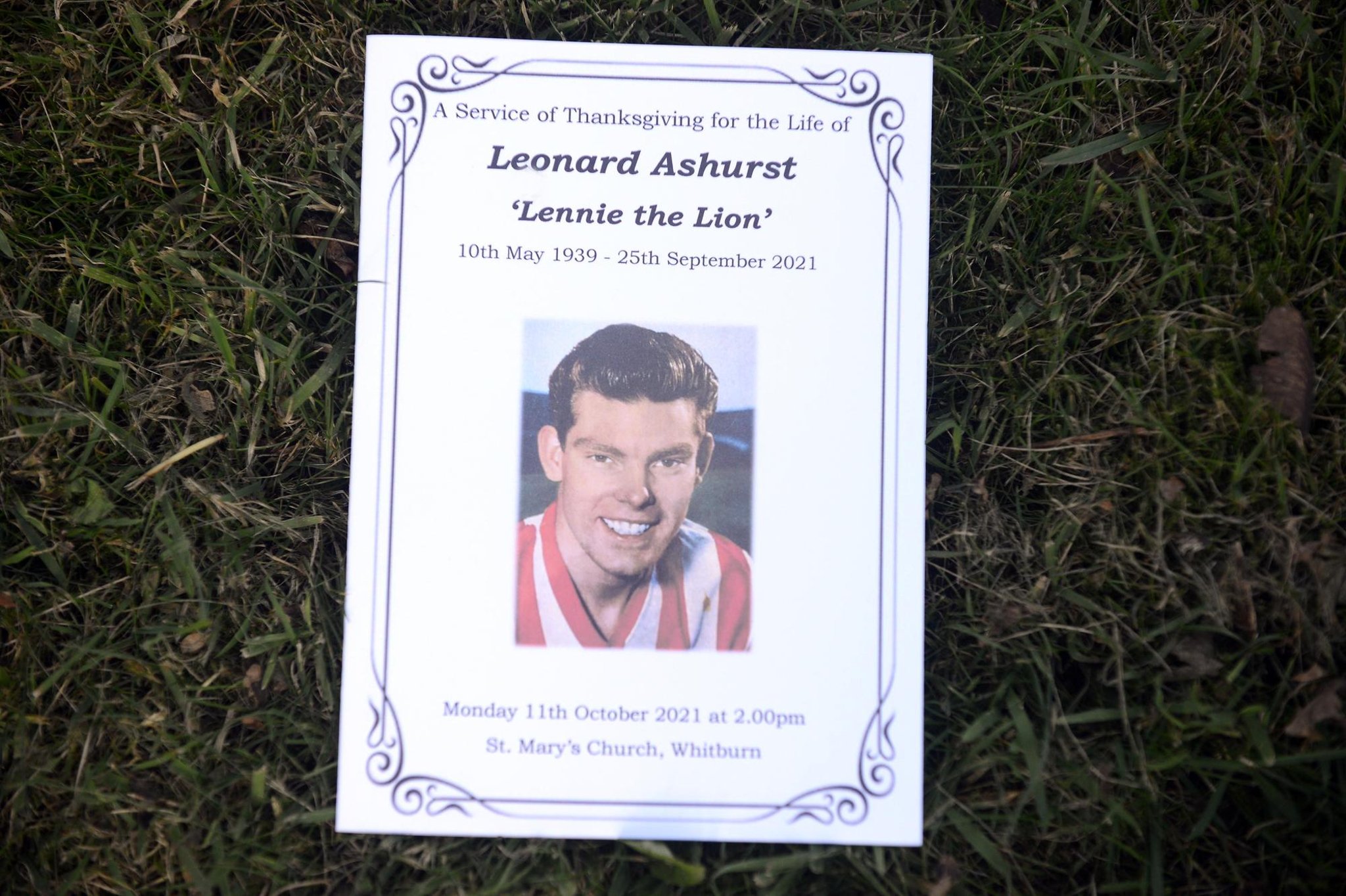 The order of service

The former player and manager passed away last month, aged 82.

Liverpool-born Len arrived at Roker Park in December 1957 and was a mainstay of the first team for more than a decade, clocking up 458 appearances for the Black Cats, a record for an outfield player.

He joined Hartlepool in 1971 and soon took over as player manager, returning to take charge at Sunderland in 1984, when he led The Lads to the League Cup final against Norwich.

He also had managerial turns at Gillingham, Sheffield Wednesday, Newport County and Cardiff City as well as clubs in the Middle East and Malaysia.

A celebration of his life was held at Whitburn Parish Church today, Monday, October 11, followed by a gathering at the Stadium of Light.

Mourners sang the hymn Praise My Soul the King of Heaven before Len’s friend Malcolm Bramley, who first met him 59 years ago while working as an office boy at Roker Park, paid tribute .

A tribute from the Premier League

He told the congregation that Len had set two conditions when asking him to speak at the service: “One was ‘Don’t make me out to be prefect’ – well, Leonard, there’s absolutely no chance that is going to happen,” he said.

"And the second was ‘No sad faces, make it a celebration’.”

Len had been ‘the greatest friend that anybody could possibly wish for’, he said, though there was one thing for which Malcolm had never forgiven him: “He allowed his son Roger to become a massive Newcastle United supporter. Absolutely outrageous.”

"The word legend, I think, is probably used a little bit too loosely these days but I have got no doubt whatsoever that Len Ashurst was a legend, not just in terms of his football career but as a man,” he said.

And he read Len’s own words from his autobiography: “I feel I have achieved everything I could have wished for, a man blessed during his lifetime. There have been crises, triumphs, victories and defeats along the way.

"However the bright, sparkling dawns have always outshone the fading sunsets and rainy days. Underpinning it all was my family and trusted friends.”

Malcolm told the congregation he had struggled to find the words to describe Len ‘as a person, as a great friend and family man.’

“And then I thought, ‘It’s quite easy, actually. Len, you were simply the best’.”

And he told the gathering: “Whatever our faith, none of us really knows what happens when we pass away. But I cling to the hope this isn’t the final whistle in Len’s long life – it’s only half time.

“He will be up there, with Stanley Matthews and George Best still trying to get past him down the wing – they have absolutely no chance.

“My dear friend, you will never be forgotten.”

The cortege arrives at the church