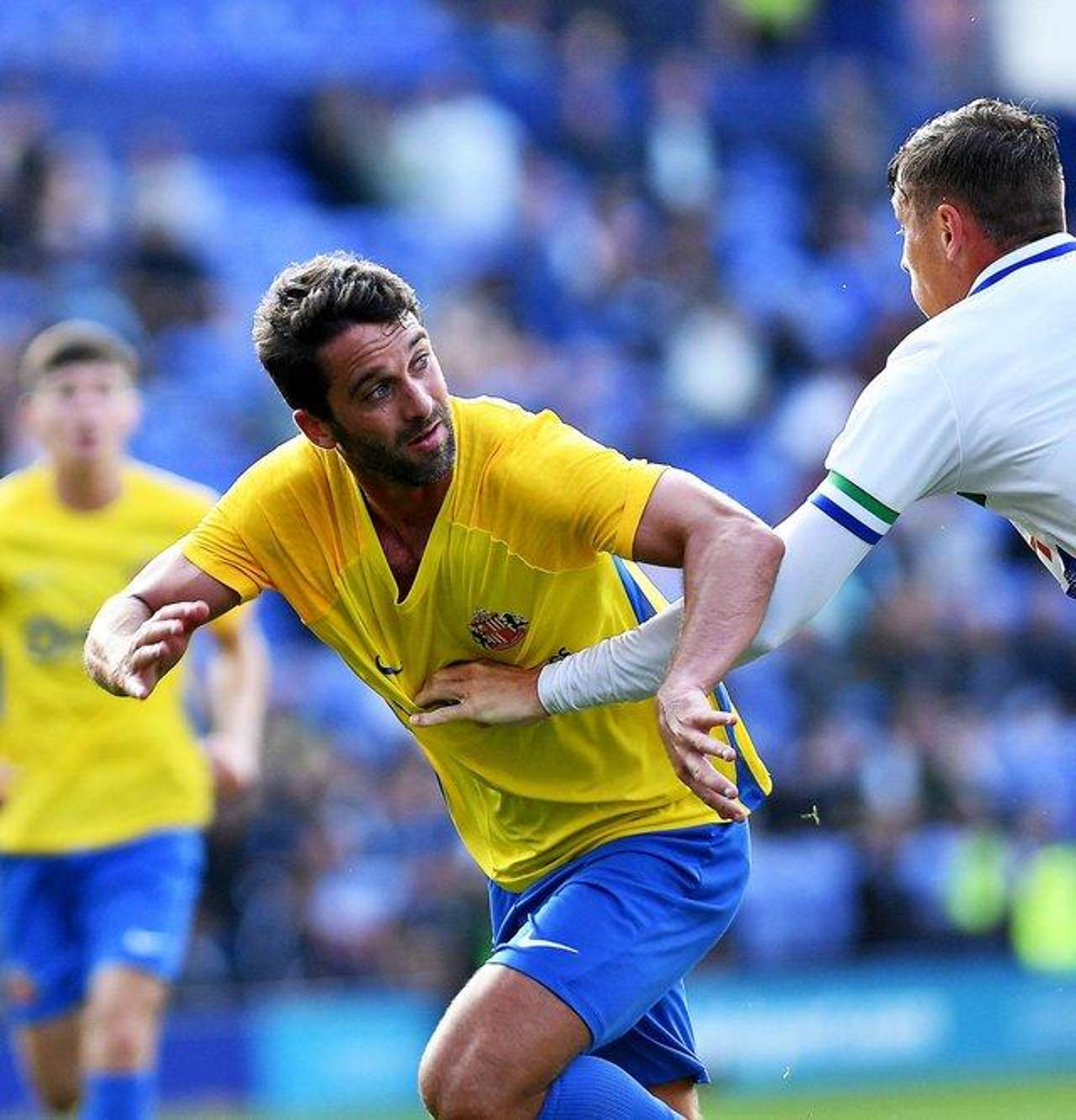 Will Grigg playing for Sunderland.

Grigg has scored twice in six League One appearances for Rotherham since leaving Sunderland at the end of August.

The 30-year-old has a year left on his contract at the Stadium of Light and wasn’t in Lee Johnson’s plans before leaving on loan, yet there may be interest from elsewhere.

Rotherham are also just two points behind Sunderland in the League One table and are one of the favourites to win promotion from the third tier.

When asked about Grigg’s situation at Sunderland, Warne told the Rotherham Advertiser: “Potentially they could let him go somewhere else on loan in January or they could sell him. We can’t stop that happening.

“If Griggy does really well for us and a club like, say off the top of my head, Barnsley offer £1 million in January that might be something the player and Sunderland want to do.

“That is always the disadvantage of loans: you can sometimes get a player at a good rate but you don’t have full control.”

When asked about the possibility of a recall, Warne added: “You can’t think about it until it comes. I’m solely concentrating on Rotherham and everything that is happening here.

“January is just something that’s in the background. In terms of now, it’s the old cliche: I’ve just got to concentrate on the next game. It’s as simple as that. When January comes, we’ll see where we’re at.”

“It is not playing on my mind massively in October. If he scores 15 goals between now and January and Sunderland suddenly stop scoring, it could be a problem.

“While Sunderland are doing well and he is not in their plans I don’t see it being an issue.”

Sunderland will face Rotherham at the New York Stadium on Saturday, October 30 but Grigg will be ineligible to play against his parent club.

The Millers will travel to the Stadium of Light for the return League One fixture on Saturday, March 26.