Lincoln City out to secure knockout football with point against Sunderland

Sunderland suffer water torture at Portsmouth, but this defeat was an outlier

Portsmouth were better 'kicking into the shallow end' - Cowley

‘Embarrassing’: Some Sunderland fans believe this ‘horrendous’ factor played a role in 4-0 loss

Nathan Broadhead's injury extent revealed, with Lee Johnson relieved it was not worse 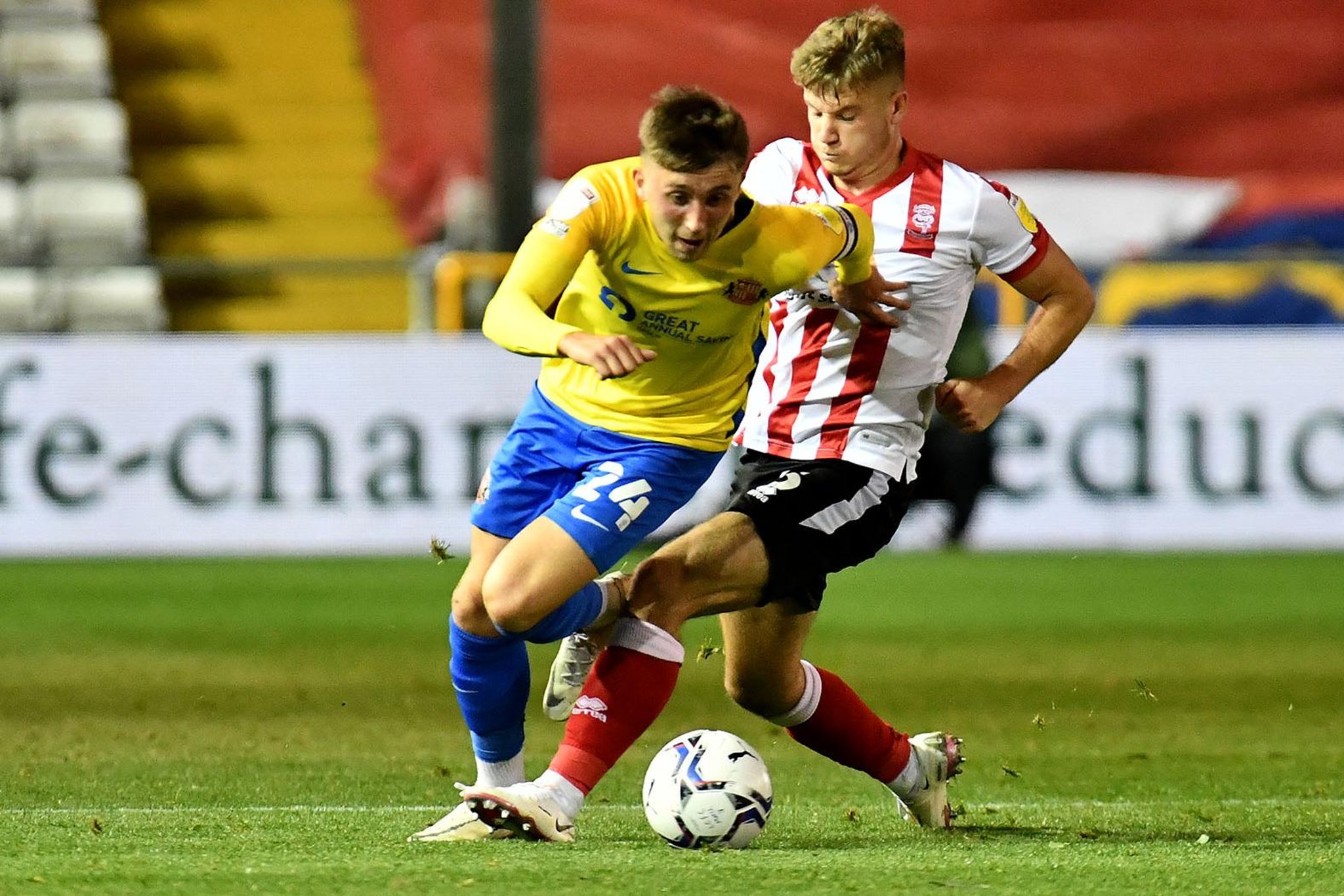 Neil sat out the clubs emphatic win over Cheltenham Town last week before coming on as a late substitute in the equally emphatic defeat on the south coast to League One rivals Portsmouth last weekend.

But the 19-year-old made no mistake in sending a clear message to head coach Lee Johnson about his credentials on Tuesday with a fine display when restored to the starting line-up scoring the opening goal with a stunning strike from distance.

And it has caused the Englishman to be likened to a former Manchester United and Premier League great by talkSPORT commentator Ian Danter, who was covering the game at the LNER Stadium.

“Dan Neil was outstanding for Sunderland at Lincoln last night live on talksSPORT2,” he tweeted.

“His performance reminded me of the first time I saw Michael Carrick running a game at Molineux for Swindon on loan some years back. Very impressive indeed and a lovely goal too.”

It’s high praise for Neil who made his League One debut for the Black Cats in March this year but was largely limited to appearances in the Papa John’s Trophy last season.

But following an impressive pre-season Johnson looks to be sold with the midfielder already featuring 13 times in all competitions this campaign.

And after an encouraging start to the season, the flourishing teenager is starting to grab the attention of those away from the Stadium of Light.