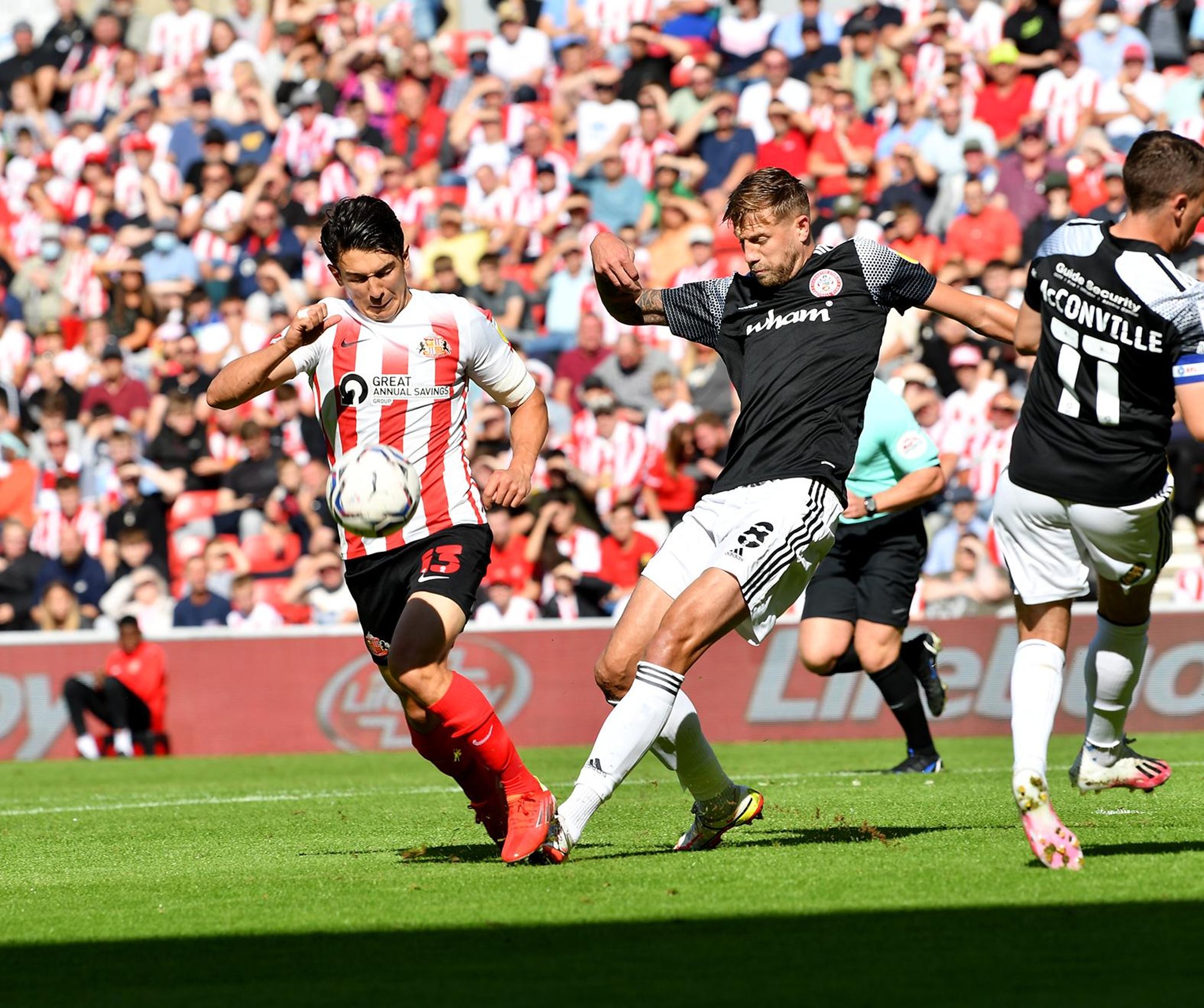 Eager to see out the game and secure a deserved victory for the youthful side who had impressed a the LNER Stadium, Johnson brought O'Nien on in an unusual striking role.

His cameo lasted barely five minutes, the midfielder left in considerable pain after taking a blow to the ribs in a challenge.

O'Nien will go for a scan on Wednesday with the Black Cats head coach admitting the 26-year-old was in 'a lot of pain'.

“It's a disaster from me in terms of the decision to put him on in hindsight," Johnson said.

“I wanted to see the game out for the young players. They deserved their win and I felt it was better to become more senior as the game went on and they had to deal with various problems.

“So I just stuck Luke on in that sort of pressing position and he just caught one on the rib.

“He is in quite a bit of pain to be honest with you but he’ll get x-rayed in the morning. The good thing it wasn’t his shoulder."

Johnson also said that Niall Huggins is still being assessed.

The defender withdrew from Wales U21 duty earlier this week with a back complaint, and is set for a scan later this week.

"That's one that we are just assessing at the minute," he said.

"He'll have a scan later this week."