Portsmouth 4 Sunderland 0: This is how Cats slumped to a heavy League One defeat
Shields Gazette 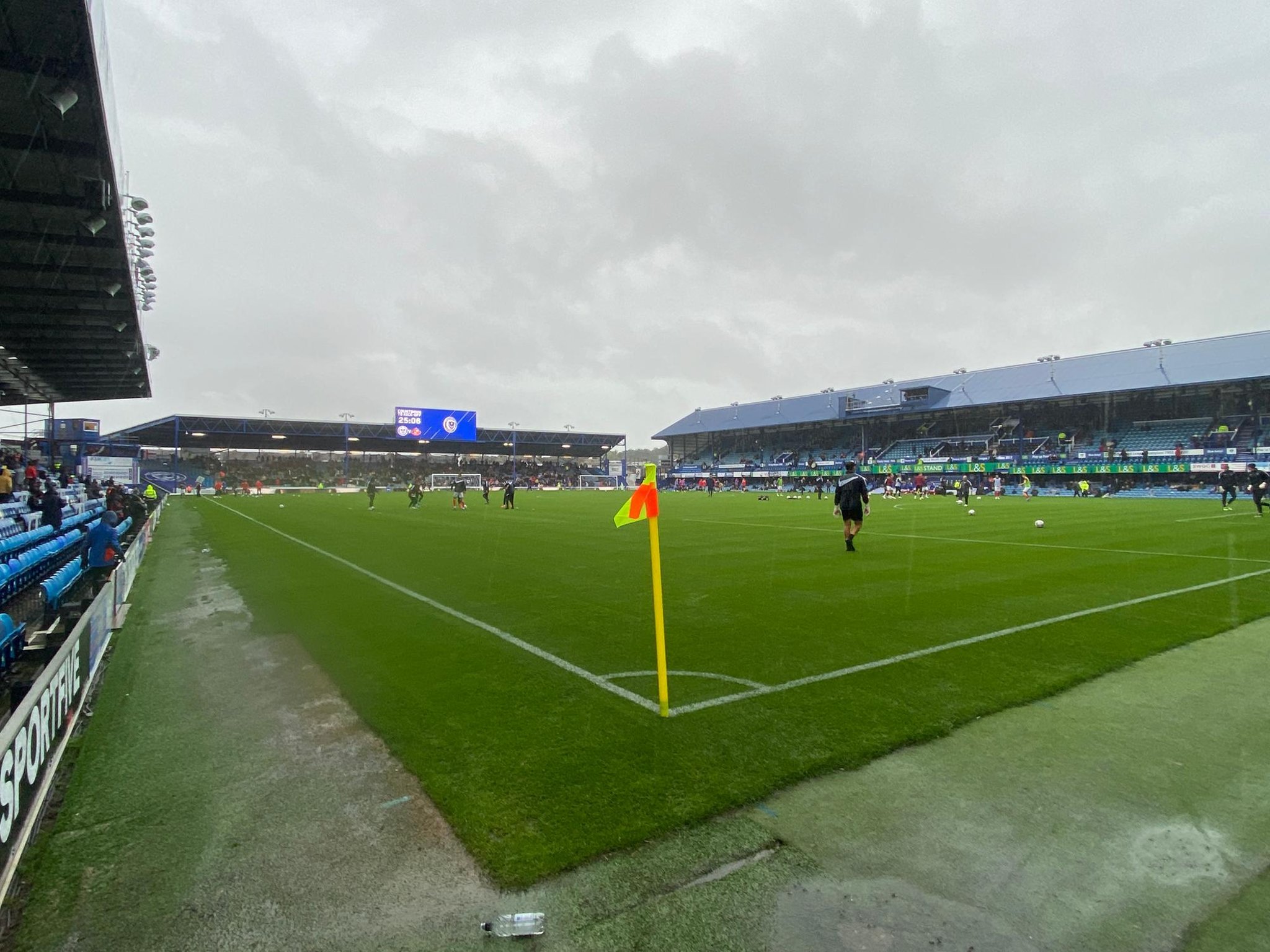 Sunderland slumped to a 4-0 defeat at Fratton Park

The Black Cats were outplayed and overrun in a dismal first half, goals from Marcus Harness, Lee Brown and John Marquis fair reward for Danny Cowley’s side who were direct and purposeful in the driving wind and rain.

Sunderland produced next to nothing through the game, the ball increasingly static in the standing water through the second half.

Despite often farcical nature of the game as a result, there was no doubt that the visitors had been entirely outfought and outthought.

Too often they were caught out with loose play from the back, inviting pressure and failing to get any kind of control over the game.

It was a stark reality check after the joy of the 5-0 win over Cheltenham Town in midweek, and a brutal afternoon for the 2,100 travelling fans who had made the arduous journey in wretched conditions.

Though their start to the season had been superb, the conditions here suggested it would be a major test even accounting for the home’s sides poor form in recent times.

From the off Portsmouth were able to get out of Sunderland’s press far too easily, finding space in the channels for their wing-backs to drive into.

Off the ball they were sharper and more aggressive, Sunderland’s distribution from the back poor and so often finding an opponent rather than a team-mate.

The hosts served notice of their threat just five minutes, loose pay from Sunderland allowing Harness to gather the ball on the edge of the box. Sunderland were just about able to close him down, his effort deflected onto the roof of Thorben Hoffmann’s net.

Cowley’s side generally looked the stronger through the opening exchanges, but it was poor play from the Black Cats that gifted away the opener.

The long pass out from Gavin Bazunu in his own box was excellent, but it was a misjudgement on the right flank that allowed Portsmouth to break clear with a simple 1-2. Lee Brown swept forward and played the ball inside, where Harness was this time able to gather and fire into the bottom corner.

It was a fine finish, but typical of the unforced errors Sunderland were making all too often in admittedly challenging conditions.

The Black Cats did offer something of a response when Elliot Embleton played Aiden O’Brien through, the hosts forced to concede a foul in a dangerous position. O’Nien stepped up and curled his effort just over the bar, before finding the wall from a similar range shortly afterwards.

Portsmouth extended their advantage just after the half hour mark, Sunderland again losing the ball in their own defensive third. The home side were again left with an overload and this time it was Brown who was able to fire into the far corner, Hoffman again unmoved and helpless in the Sunderland goal.

It wouldn’t be the last time, either.

Harness went close to adding a third just before the break when he curled an effort over the bar from the edge of the box, but the relief for the visitors was shortlived.

A cheap free kick on the left allowed Curtis to whip the ball into the near post. Soft defending allowed MArquis to flick towards the far corner and from there it looked a long way bck for Johnson’s side.

With standing water increasingly prominent and the ball moving poorly, gaining any sort of attacking momentum in the second half looked the tallest of orders.

Johnson opted to withdraw Embleton at the break, introducing Callum Doyle in an attempt to find some composure in possession.

By now the conditions were making much of the game a lottery, two of Doyle’s attempts to get his side moving falling comically short when the ball failed to roll more than a couple of yards.

Sunderland’s complaints about the conditions were numerous, but it was the hosts who were still managing to forge the significant chances.

They extended their lead on the hour mark when the visitors switched off, allowing Marquis to meet a cross from the left and head towards goal. It was an excellent initial stop from Hoffmann, but the striker had a tap-in from just a yard out to convert the follow up.

Sunderland were beginning to get up the pitch as the game entered its final quarter but it was still Portsmouth were looked the more dangerous, now finding opportunities to break and commit bodies forward.

The Black Cats were fortunate not to go further behind when Marquis released Tunnicliffe on goal, the midfield unable to chip the ball over Hoffmann and allowing the German to gather and clear.

Portsmouth were in the end able to see out the game with ease, the Black Cats going close only when Cirkin made a fine driving run from deep and fired an effort just wide of the far post.

It rather summed the afternoon up that just as the ball was headed for the far post, it slowed to a crawl and almost stopped on the byline.

The intent from Cirkin had been one flash of quality in a desperately poor performance.