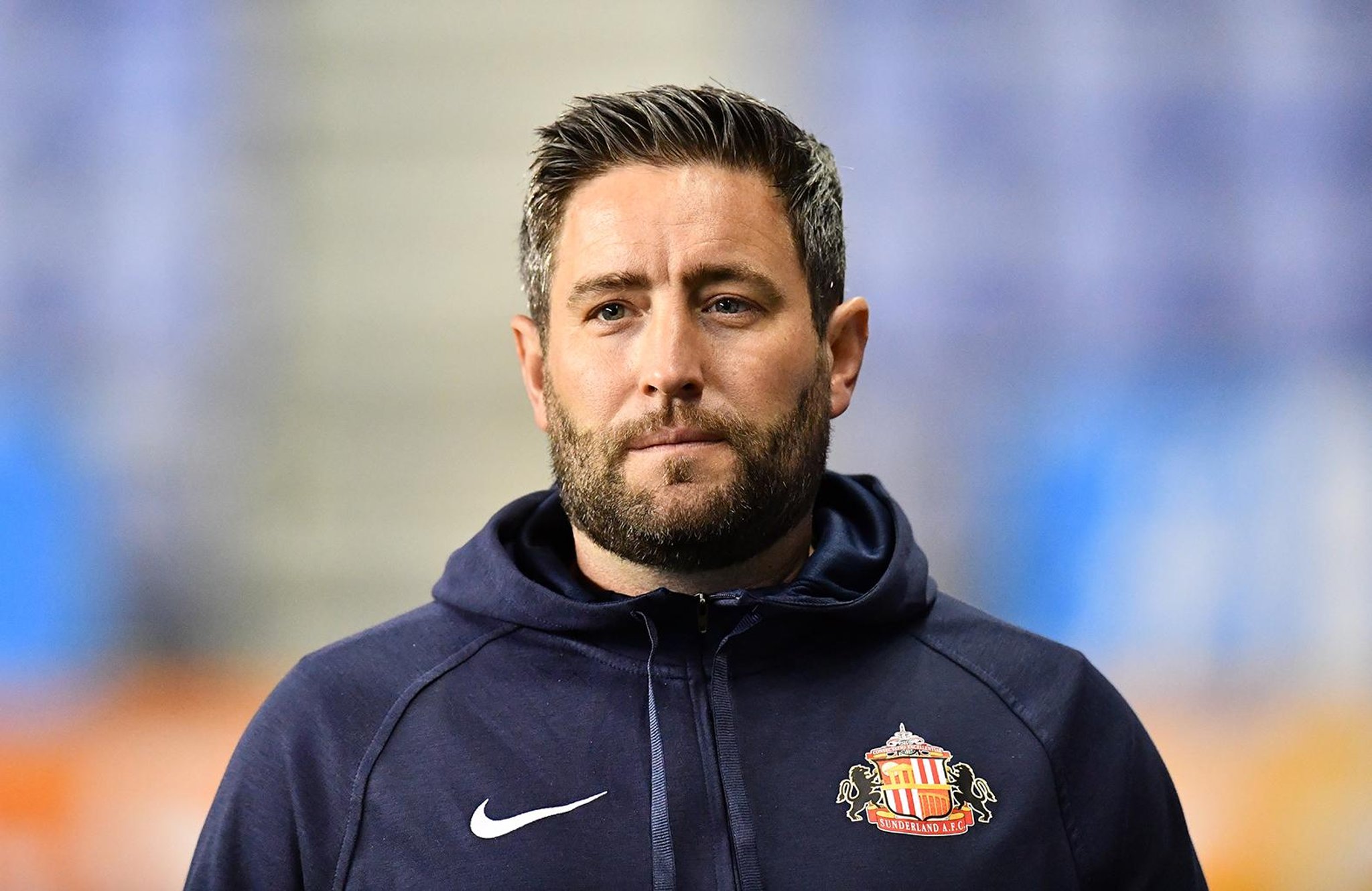 The Head Coach, who apologised to the 2,100 travelling supporters at full time, repeated that in his post-match press conference and urged his side to put it right next time they are on the road.

The Black Cats arrived at Fratton Park in swirling wind and rain, with standing water on the pitch increasing throughout the contest.

But despite those challenges it was undeniable that Portsmouth were sharper and savvier, taking an unassailable 3-0 lead at the break thanks to goals from Marcus Harness, Lee Brown and John Marquis.

Johnson had forewarned that difficult conditions through the winter would be a major test for his young side, and he admitted that at the first hurdle they had been found wanting here.

Most of all the Sunderland head coach was left disappointed with the slow reaction of his side, who failed to adapt to the early pattern of play that left hte under severe pressure.

"They just played the conditions better than us, simple as that," Johnson said.

"They had more bite in the tackle, they had energy and cohesion in the press, and our quality was poor.

"Conditions were tricky but we talked about that and about how it would be a test for our young team, and today we were found wanting completely.

"But it is one game, it's three points that hurts us because we felt it was one we could win.

"There's a lot of lessons for us to be learnt about those conditions.

"We think our philosophy is adaptable. We absolutely don't restrict players to having 1,000 passes or anything like that, we work the switch and we slide balls into the channels for our runners. That option was there today but we haven't used it, simple as that.

"That's what disappointed me because that's leadership, in the team and myself.

"We didn't articulate it well enough clearly, and they have not reacted anywhere near quick enough.

"It shouldn't have taken too long, two quality presses from the opposition, to see there's space down the side and we have speed to exploit that.

"It's not rocket science to find the spare player and play that pass.

"That can be controlled and quality, not just long ball.

"I'm disappointed by the leadership and of course I include myself in that.

"You pick a team based on winning the game, and good form, and of course injuries. But it was just a lack of savvy today.

"Do you question whether the boys were complacent? Well you have to, because the first five minutes was laissez-faire. We gave them a leg up and that meant we were camped in our third.

"But it's still 0-0, and that's the point where your leaders have to organise."

Johnson and his players received a largely warm reception at the full time whistle as they applauded and apologised to the away end, who greeted the result with a chorus of 'Sunderland 'Til I Die'.

It had been a superb start to the campaign up until this point and Johnson was clearly grateful for that response, and urged his side to repay that faith in the weeks ahead.

"We've had a good start but that doesn't make today feel any better, you want to extend that run and keep winning games," Johnson said.

"We're really appreciative of the crowd and their reaction at the end it was an incredible support in those conditions and to have travelled so far, we can only apologise.

"That's the most painful bit, that we've let them down.

"We have to accept that and take our medicine.

"They were amazing for us and I feel so bad, and the team feel the same way.

"We have to put it right in the next set of away games because they've travelled so well, in the cup games as well.

"We apologise for that today."

Johnson also said that he had no issues with the decision from the officials to play through the dire conditions in the second half, saying it is their call on whether conditions or safe or not.

But he was frustrated that the officials were telling him that the movement of the ball was not being impeded, as it clearly was.

"It's just about protecting the players and whether it's dangerous," he said.

"He obviously didn't think it was dangerous and that's their call, fair enough.

"Their take on it was ridiculous. They said the ball was rolling cleanly and that's what wound me up. Nothing else.

"It's about safety and fair enough, it's their prerogative to make their decision.

"But don't tell me the ball is running cleanly. That's what wound me up."

Wigan Athletic’s 2-0 win at Gillingham moved them back to the top of the League One table, though their lead over Sunderland is on goal difference.

Wins for Rotherham United and Wycombe Wanderers, as well as a draw for Plymouth Argyle, moved that trio of sides to within two points of the Black Cats and Leam Richardon’s side in the race for automatic promotion.

Sunderland travel to Gillingham for their next League One game in a fortnight’s time.