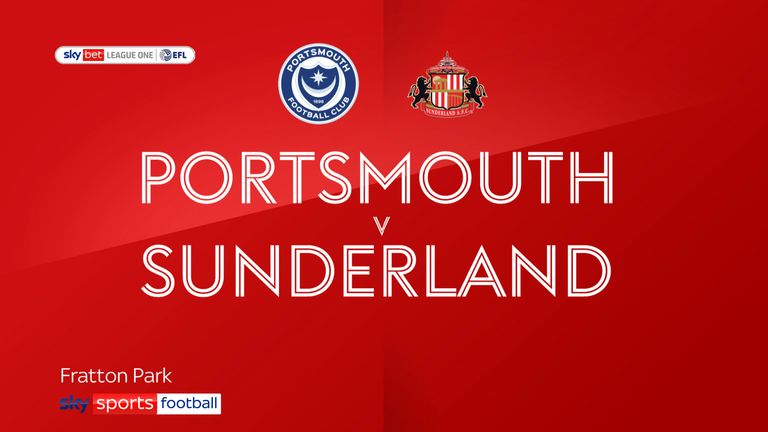 Marcus Harness and captain Lee Brown were also on target to ease the pressure on Pompey manager Danny Cowley.

In monsoon conditions at Fratton Park, Pompey took the lead in the 19th minute when Harness rounded off a sweeping counter-attack with a deflected goal.

Defender Brown made it 2-0 11 minutes before half-time with his third goal of the season, poking home from close range.

The home fans were in dreamland on the stroke of half-time after striker Marquis touched in a Ronan Curtis free-kick.

Marquis grabbed his second goal in the 61st minute, tucking in the rebound after Sunderland goalkeeper Ron-Thorben Hoffman had kept out his initial effort.

Sunderland manager Lee Johnson complained the game should have been called off due to a waterlogged pitch late on but there was no saving his side from a humiliating defeat.