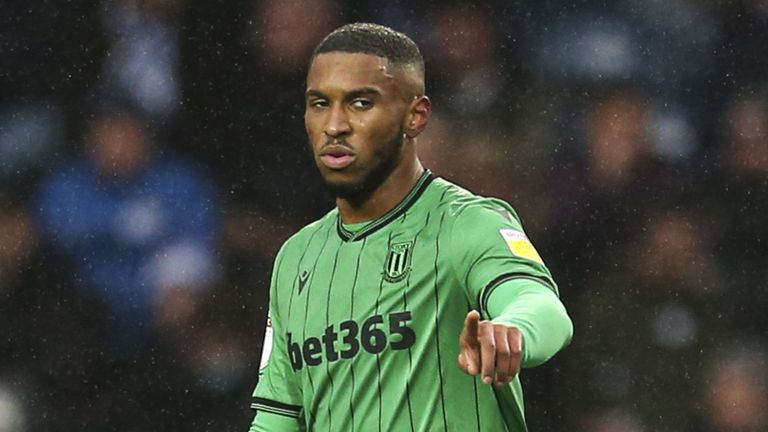 Stoke returned to the Sky Bet Championship top six after a 2-0 win at QPR on Sunday.

Goals in each half from Tyrese Campbell and Mario Vrancic sealed the victory for the Potters at the Kiyan Prince Foundation Stadium, as they returned to winning ways following back-to-back defeats.

It was also the first time this season that QPR failed to score in a league game, with the turning point being Charlie Austin's saved penalty while just a goal down midway through the second half.

It also meant QPR missed the chance to return to third in the table, and close the gap on the top two of Fulham and Bournemouth - they remain eight points behind the Cherries.

It was an eventful first opening few minutes in west London with both goalkeepers forced into excellent early stops to keep it level. At one end Adam Davies got down well to his left to keep out Ilias Chair's header, at the other Seny Dieng did well to deny Campbell's low drive.

Campbell was not to be denied on 14 minutes, however. Mario Vrancic's brilliant dissecting through ball found the run of his striker, who raced in on goal before burying it into the bottom corner.

QPR pushed in the second half for the equaliser, but twice Davies was on hand to thwart Austin. The first on 49 minutes to keep out his fierce drive, the second after 63 minutes when Vrancic was deemed to have fouled Yoann Barbet in the area, but the Stoke goalkeeper got down low to his right to keep out Austin's poor penalty.

And that miss would prove costly for QPR as Vrancic found enough time and space on the edge of the box to curl one into the bottom corner, sealing the win for Stoke.

Man of the Match - Mario Vrancic

A slightly contentiously-awarded penalty aside, it was a virtuoso display from Vrancic. He has only been a Stoke player for a few months but is clearly already a fans favourite. He ran the show in midfield and constantly caused problems for the QPR defence with his range of passing. His assist for the opener was brilliant, his taking of his goal impeccable.

Stoke host Middlesbrough at 3pm next Saturday, while QPR are back in action on Monday, December 13 as they head to Sheffield United, live on Sky Sports Football.