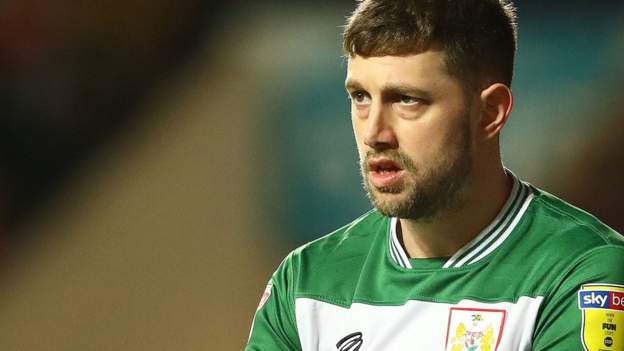 Fielding, 33, has been without a side since leaving Gary Rowett's Millwall at the end of last season.

He has been signed as cover for injured Joe Bursik, who has a torn quad muscle.

Bursik started this season as Stoke's number one but he was injured on England Under-21 duty.

Wales keeper Adam Davies, who also had a five-game run in September and October, has played the last three matches.

Burnley-born Fielding, who began his career at Blackburn Rovers, has made a total of 328 league appearances for Wycombe, Northampton, Rochdale, Leeds United, Derby County and Millwall

Stoke have dropped to seventh in the table after losing their last two matches.

The Potters are still without Nick Powell, who was isolating after testing positive for Covid-19 as recovers from a cracked fibula, Sam Clucas (quad) and Australia international defender Harry Souttar, who is out for the season following an anterior cruciate ligament operation.

Tyrese Campbell is still feeling his way back to full match sharpness after 10 months out with a knee injury, but they will have midfield pivot Joe Allen back from suspension for Sunday's trip to QPR.