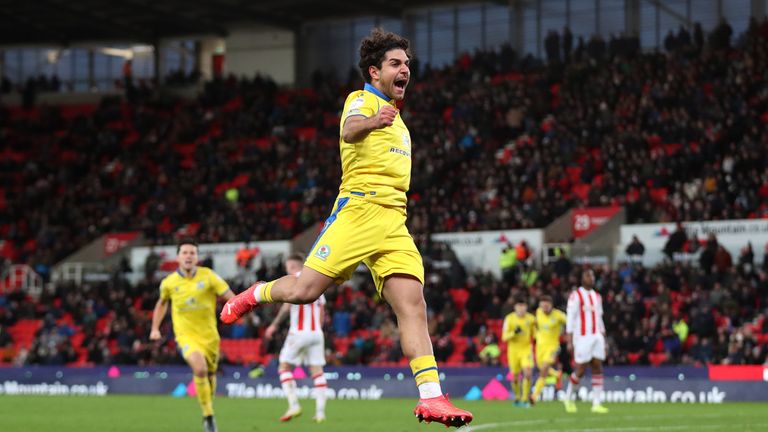 Blackburn leapfrogged Stoke in the Sky Bet Championship with a 1-0 win at the bet365 Stadium.

Reda Khadra scored the winner early in the second half and Rovers never looked like allowing Stoke back into the game.

It was a good run from the Brighton loanee, who struck a beautifully-hit ball into the bottom left corner past Adam Davies from just inside the box.

The goal did, however, come with a hint of controversy as Stoke were denied a corner before Rovers took the ball up the field to score.

Romaine Sawyers' effort was turned around the post by Thomas Kaminski and Stoke's Mario Vrancic had another long-distance effort from outside the box.

It took a wild deflection which somehow went unnoticed and the referee gave a goal kick, from which Rovers went up the other end to take the lead.

Stoke nearly stole a point in added time through Danny Batth as he flicked a shot goalwards but it was brilliantly saved by Kaminski to hold on to the three points.

Rovers nearly doubled their lead through Darragh Lenihan. Joe Rothwell whipped in a free-kick from the right to the back post and Lenihan's volley flashed in front of Davies' eyes as it went wide of the post.

Stoke held the majority of possession in the opening 45 minutes but looked toothless going forward. That all changed in the second half, with the Potters' creativity just beginning to show when Rovers took the lead.

After 12 minutes, Scott Wharton caught the Potters' high back-line sleeping with a long ball over the top which found Ben Brereton Diaz. The Chile international picked the ball up on the left wing and audaciously tried to chip Davies but his effort went just wide of the post.

Moments before half-time, Rovers should have gone into the break a goal ahead. Harry Pickering found space down the left flank and drilled in a wonderful cross across the face of goal but nobody gambled and it trickled out for a throw-in.

It is now back-to-back defeats for Michael O'Neill's side, who drop out of the play-off spots after an incredibly bright start to the season, while Rovers have now gone four games without defeat and climb to fourth in the table.