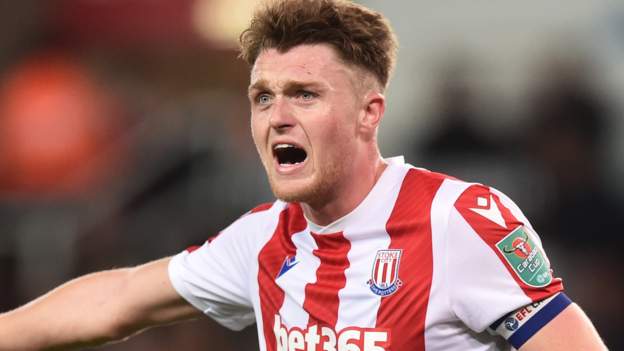 Stoke City centre-back Harry Souttar will miss the rest of the Championship season after suffering a cruciate knee ligament injury playing for Australia.

The 23-year-old was stretchered off in Australia's World Cup qualifying draw against Saudi Arabia on Thursday.

Souttar will return to England in the next 24 hours to have surgery.

"I've spoken to him and although he's bitterly disappointed, he knows that injuries are unfortunately part of the game," said Stoke boss Michael O'Neill.

"It's a huge blow for such a young man but he will get all the support he needs from everyone at the club."

Souttar, who qualifies to play for Australia through his mother, has scored six goals in 10 international appearances since making his debut for the Socceroos in 2019.

He has been part of a Stoke defence that has conceded just 19 goals in 17 games this season with the Potters fifth in the Championship.