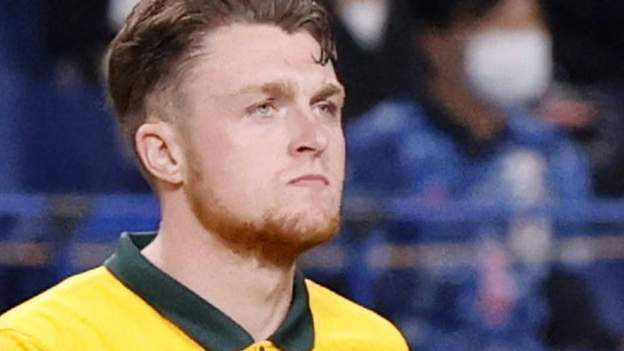 The 23-year-old 6 ft 6 in centre-back had to be stretchered off late on in Australia's 0-0 World Cup qualifier against Saudi Arabia in Sydney.

"It's a big blow for us. I'm really down and devastated for Harry," Australia manager Graham Arnold said.

Souttar has made 63 Stoke appearances under boss Michael O'Neill.

After joining from Dundee United in 2016, he was brought in to the side by O'Neill last season, following loans over the previous three campaigns at Ross County and Fleetwood Town.

Souttar, who qualifies to play for Australia through his mother, has scored six goals in 10 international appearances since making his debut for the Socceroos in 2019.

Media reports in his home country have linked him with various Premier League clubs.

He has been part of a Stoke defence who have conceded just 19 goals in 17 games this season with The Potters fifth in the Championship.