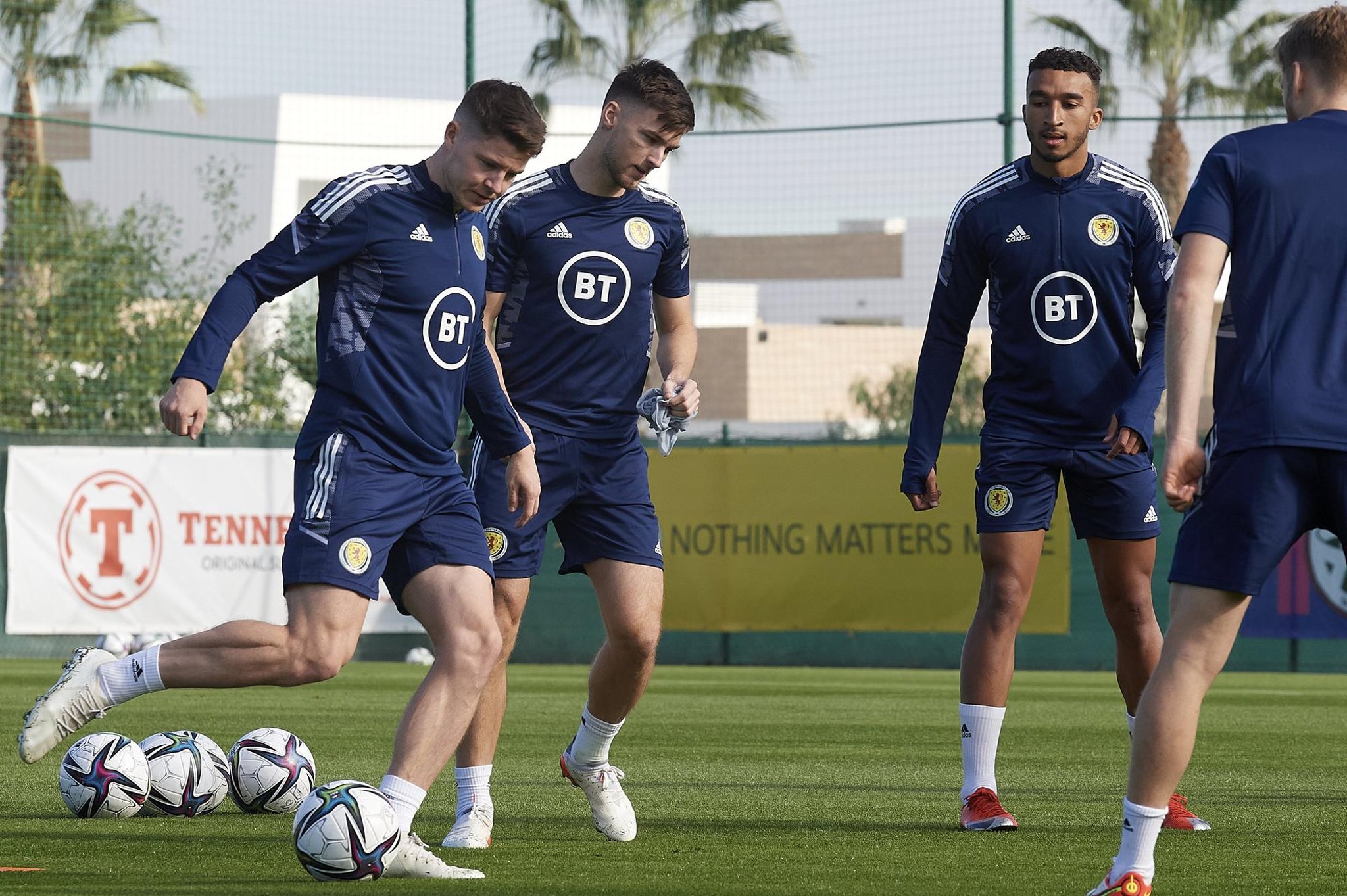 Taking all factors into consideration, though, the uncapped and largely unknown – to the football audience north of the border, anyway – Jacob Brown appears the natural choice to replace the suspended Lyndon Dykes for Scotland’s crucial World Cup qualifier in Moldova on Friday.

The Stoke City forward may have only met his international team-mates the other day. The 23-year-old Halifax-born performer may not have been seriously touted for representative honours with the country of his Glasgow-born mother until Steve Clarke last week named him for the closing double-header in the Group F campaign. But with Dykes and Ryan Christie both banned for the Chisinau assignment that offers Scotland the opportunity to seal a play-off place in their quest for Qatar next year, right now Brown seems a better option to partner Che Adams than the Hibs front man.

Brown practically could have headed Spanish training camp to hook up with the rest of Clarke’s squad without a plane. He is walking on air after an elevation that he confessed had his Scottish family members weeping tears of joy. It come just as his club career is taking flight, with the player netting Stoke’s winner at the weekend - his third goal in six club appearances. With five goals in 17 appearances already this season, he has almost doubled his career total with the Championship club he joined from Barnsley 14 months ago. Meanwhile, the 6ft 1in frontman’s bustle isn’t dissimilar to that supplied to Scotland by the rumbustious Dykes.

Contrast that with the situation in which his Hibs rival for a striker role with the national team finds himself. Nisbet may have nine caps and one goal for Clarke’s men, but he has struck only once at club level since August. Patently out of sorts - just as, probably not merely coincidentally Hibs themselves - his career has stuttered on the back of his impressive 18-goal exploits last season. And, even if he has bulked up in the past two years, at 5ft 9ins he doesn’t offer a notable physical dimension.

Clarke may have a reputation of staying true to players who have shown a certain fidelity through constantly making themselves available and biding their time for opportunities without any public grumbles. The Hibs forward certainly comes into that bracket. However, the Scotland manager is never clouded by sentiment in pursuing this strategy. Take his handling of Adams. There were moans from sections of the Tartan Army when, in March, he called-up the Southampton man - these a consequence of the player previously snubbing Scotland’s overtures. The lip-curling came with disquiet that Adams’ change of heart was owed entirely to the fact that Scotland were only a matter of months away from competing in a first major finals since 1998.

Yet that was precisely what Clarke wanted Adams for, and he immediately pressed him into action as Scotland hosted Austria that month. He came off the bench in the World Cup qualifying 2-2 draw, but that was for an encounter in which both Dykes and Christie started. Without the pair for Moldova, the Scotland manager has sought a fresh injection of striking talent. And now that he has done so, he shouldn’t hesitate to make Brown’s presence count.