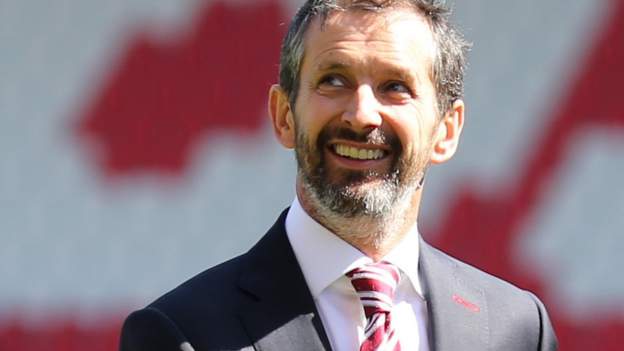 Stoke City chief executive Tony Scholes is to leave after 17 years to take up a new post with the Premier League.

Scholes will leave his current role at the bet365 Stadium in the new year.

His reign has included the Potters' promotion to the Premier League in 2008 and relegation back to the Championship in 2018 - and an appearance at the 2011 FA Cup final.

"Making the decision to leave the club after such a long time has been extremely difficult," said Scholes.

"But I feel the time is right to the embrace the new challenge that my role with the Premier League will give me."

"Tony has played a critical and enormous part in the development of the club, both on and off the field, since he joined us in 2004 in what has, arguably, been one of the most successful periods in the club's history," said joint chairman Peter Coates.

"I am grateful to Tony for the professionalism, expertise and dedication he has brought to his role."

Stoke are fifth in the Championship under Michael O'Neill, having been bottom when he became the club's fifth manager in 18 months two years ago.