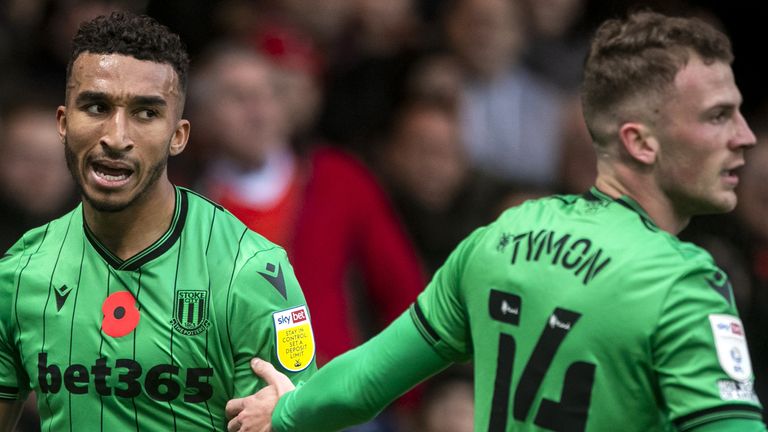 Jacob Brown scored the only goal of the game as Stoke continued their stranglehold over Luton with a 1-0 victory at Kenilworth Road.

The Potters went into the clash having not lost to the Hatters since February 2000 and they kept the run going thanks to Brown's 34th-minute strike.

And victory saw Michael O'Neill's side jump up a place to fifth in the Sky Bet Championship table.

Luton had started quite well in the opening exchanges, with visiting goalkeeper Josef Bursik making a sprawling save from Town skipper Sonny Bradley's header after he rose highest to meet James Bree's corner.

Harry Cornick then had an opportunity after being found by Pelly-Ruddock Mpanzu's first-time pass, but with more time on his hands than expected he fired tamely at the Potters keeper.

The visitors were denied an opener in the 20th minute when a dangerous corner was turned across goal at the far post, with Leo Ostigard's close-range attempt deflecting away via the body of midfielder Gabriel Osho.

City forward Steven Fletcher met a free-kick from the left but put his header harmlessly over the top, before Stoke took the lead 11 minutes before half-time.

Romaine Sawyers escaped on the visitors' right and his low cross was turned home by striker Brown from a matter of yards for his fifth goal of the season.

In the second period, Town looked to draw level when Bree's cross from the right was met by Cornick, but he was unable to get the right direction on his header and glanced harmlessly off target.

Luton boss Nathan Jones made changes to try and up their attacking momentum, and it almost worked in the 68th minute when Fred Onyedinma's cross from the left was met by Admiral Muskwe just a few yards from goal, but his header cannoned against the crossbar.

Stoke threatened a second when substitute Mario Vrancic's in-swinging corner was tipped over by the back-pedalling Simon Sluga.

Bree fired well over with a minute to play, while he failed to control a low delivery into the area at the back post.

Jordan Clark's ball in was gathered by Bursik while Muskwe could not meet another dangerous cross, as even though Town threw Sluga up for the final moments they could not avoid suffering a home defeat for only the second time this season.