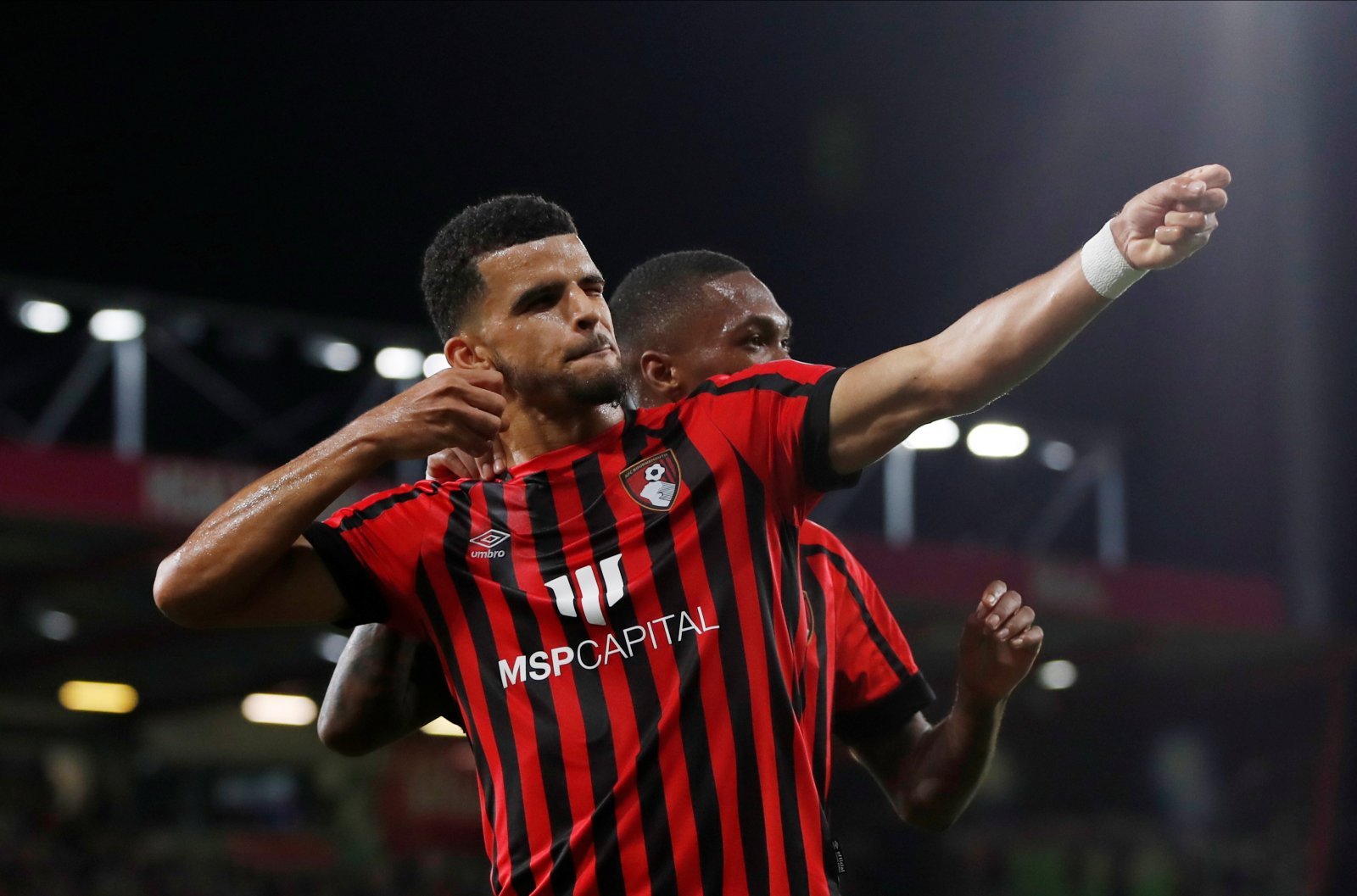 AFC Bournemouth travelled to a wet and windy Stoke City on Tuesday night, fresh off the victory over Bristol City at the weekend.

Cherries head coach Scott Parker made one change, dropping goalscorer Jamal Lowe for Philip Billing and shifting Ryan Christie from a more central role on to the right-wing.

The conditions improved as kick-off approached and a tight and hard-fought affair was decided after Christie’s tricky shot was only parried into the path of Dominic Solanke to score his 9th goal of the season.

With West Bromich Albion not playing until this evening, the result left AFC Bournemouth six points clear at the top of the Championship table.

“Six clean sheets is no mean feat away from home. I think first and foremost, every player built their game on a solid performance defensively – and the work-rate and desire as a team was very pleasing. I think you could see that tonight. I thought we played against a really good side, we knew it was going to be a tough game.

“We had to show that side of us which we’re starting to get used to seeing, which is that we can grind it out and put bodies on the line. We’ve got a desperation to keep the ball out of the net – and it’s a good habit to have. For large parts of the game we did really well. We’re a team that wants to go at teams. They’d not lost at home, they’re a strong side, so that’s a good win for us.”

Man of the match against Stoke

Also, the tree choppers came to do surgery – and they did – and they fleeced me as well!

I left home at 4.00 pm, thinking that there would be a lot of traffic on the M6 but we had a clear run and were parked up outside the Stoke City FC Academy before 5,30 pm.

It was, of course, a wet, windy and chilly Tuesday night in Stoke, so no surprise there then.

Waited outside the ground for quite a while before getting in.

The number of stewards outnumbered the number of supporters. It was if they were expecting a fight to break out at any minute. Two nice dogs sniffed us. I did wonder if home fans (more of them later) have the same service?

Up to our seats and of course being in the open bit of the stadium they were very wet. Just as well we stand up.

The pies were nice. Stoke are another of those clubs that take the tops off a bottle of coke, to stop you from throwing at anybody else. I find it very frustrating when they do that because I have paid a LOT of money for that Coke and I’m not throwing it at anyone. (Out of interest, because I haven’t been to a home match for quite some time, do AFCB do that too?)

1. We won (again) 2. Records are tumbling. (games at the start of the season unbeaten, hours without conceding an away goal, number of consecutive away games without conceding,) 3. The Stoke crowd are the vilest bunch you could come across, even Watford fans are not that bad. 4. I bet they are moaning like mad on their website tonight (He He) [If any anyone has a good link to it, please share} 5. The Stoke crowd (I’m on a role here) were very quiet for most of the game, except when they booed for us not putting the ball out when Powell went down but urging their team on when Billing went down. Hypocrites! 6. The away support, although lacking the numbers at Bristol, were loud and proud. 7. The seven-minute song for David Brooks was once again a great exhibition of support. I noticed that the Stoke fans did not join it. Why am I not surprised? 8. Although I would say that we had the most chances, Stoke kept it very tight and had a couple of very good chances themselves. 9. Di Dom Di Dom Solanke. I need say no more. 10. What a buy Christie is!!!!!! 11. Jeff, another great game, and Gavin and the all of the defence, and Jaiden, although very tightly marked, and Phil, although he certainly felt the knock he got. My MOM would be, and this is very hard to choose again, Christie 12. Travers, great save at the end. 13. The officials were all born in Stoke. 14. One thing that made me laugh was a smiling steward at the end of the match proclaiming he is Vale fan. 15. Did I mention we won? 16. I bet the Stoke fans are crying in their beer that we cheated them again, but this not true we just beat them

17. As they in cycling circles, ‘Chapeau’, to all those who made the trip from Bournemouth as they are still on the road home and will be for another THREE hours. Good on you.

We came home on the A34, which was a good move considering the ongoing road works on the M6.

And now to bed, with another away win (did I say that?). Top of the table by SIX points (yes know they have a game in hand) and another live game to look forward at Reading in 10 days time.

Who could ask for more?

UP THE CHERRIES……..IN ALL DEPARTMENTS

A quick nod to Mr and Mrs table, who I will now nickname THE EVERPRESENTS (Marvel Superheroes).

See you at Reading! – Join the conversation, click here.

"For a striker any goal is a goal!"

Listen to his reaction to the Cherries win, he's been speaking to @kristemple @BBCRadioSolent 🔊👇 pic.twitter.com/2qIoZuL24N

Listen to his reaction after the win 🔊👇 pic.twitter.com/h3dhycNjMR

We brought the heat 🔥 to a cold night in stoke…

We move onto Saturday to finish the weeks games 💪🏾💪🏾 pic.twitter.com/CtagjKnq2b

That is a great result. Not as free-flowing as against B City, but we showed our other side. A squad that can grind out a result, tough ground to win at, tough team to beat. Horrible weather, and a terrible ref. Fantastic 6 points from two tricky away games.

We are proving sooo hard to beat. Amazing defensive team effort when the time comes. Jeff was terrific tonight. Superb work rate. Going forward we are a sliver away from absolutely hammering a team. Stacey’s crosses are going to reap great rewards this season. Jayden Anthony…just wow. Great night and a statement result. – Join the conversation, click here.