Championship: Bournemouth pull away at top as Dominic Solanke sinks Stoke
The Guardian 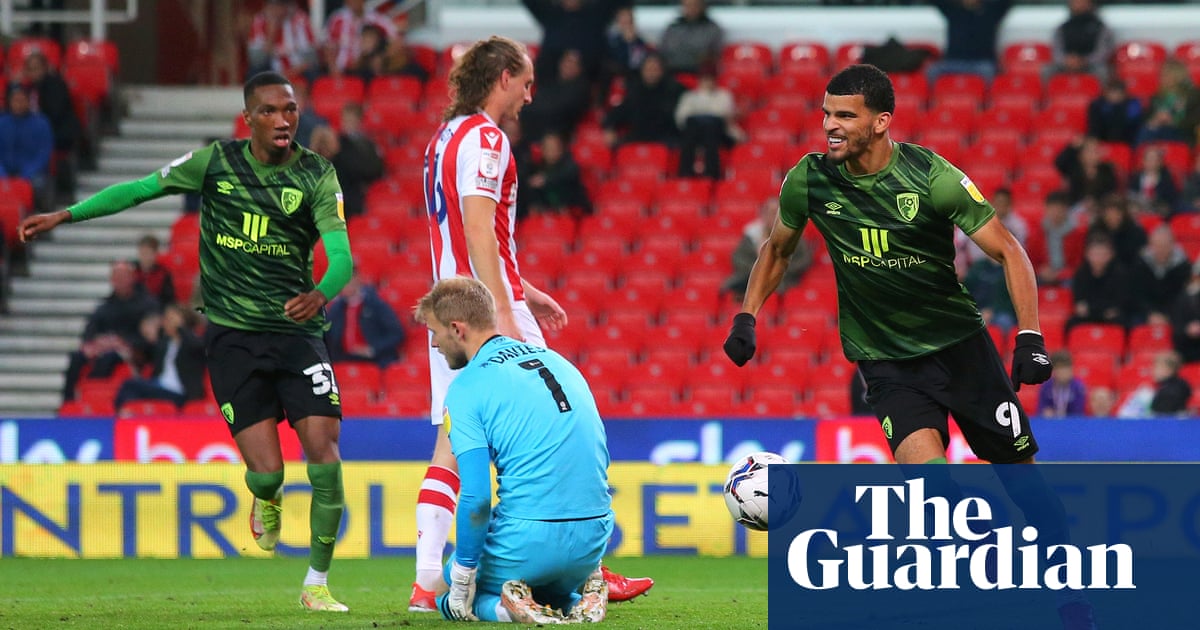 Bournemouth moved six points clear at the top of the Championship with a 1-0 win at Stoke. Dominic Solanke’s goal early in the second half proved enough for victory, which pulls the unbeaten Cherries ahead of second-placed West Brom, who play at Swansea on Wednesday.

Stoke sit sixth while QPR are up to fifth after a late goal from Ilias Chair secured a 1-0 win over Blackburn at Loftus Road.

Lyle Taylor scored twice in the closing moments as Nottingham Forest chalked up a fourth straight win with a dramatic 2-1 victory at Bristol City.

Lyle Taylor scores his and Nottingham Forest’s second, a minute after he had scored the equaliser. Photograph: David Davies/PA

The Robins looked on course for a first home win since January on the back of Alex Scott’s first-half strike. However, Forest produced an amazing finale in stoppage time after Taylor equalised from the penalty spot before then stabbing in a rebound to snatch all three points.

Jake Cooper struck in stoppage time as Millwall beat 10-man Sheffield United 2-1 at Bramall Lane. Jed Wallace had given the Lions the lead in the 11th minute, but a penalty from Billy Sharp had the Blades level on the stroke of half-time.

The Blades midfielder Morgan Gibbs-White was dismissed for a second caution in the 54th minute. Then just as time seemed up, with two minutes of the additional six played, Cooper fired in a 20-yard effort to snatch all three points to put Millwall in 10th.

Elijah Adebayo hit an equaliser with seven minutes left as Luton fought back to draw 2-2 at Derby. Tom Lawrence put the Rams ahead midway through the first half, but substitute Fred Onyedinma levelled things up shortly after the restart. Adebayo made sure the Hatters left with a point when he headed in late on - and Onyedinma almost won it as his shot crashed against the crossbar.