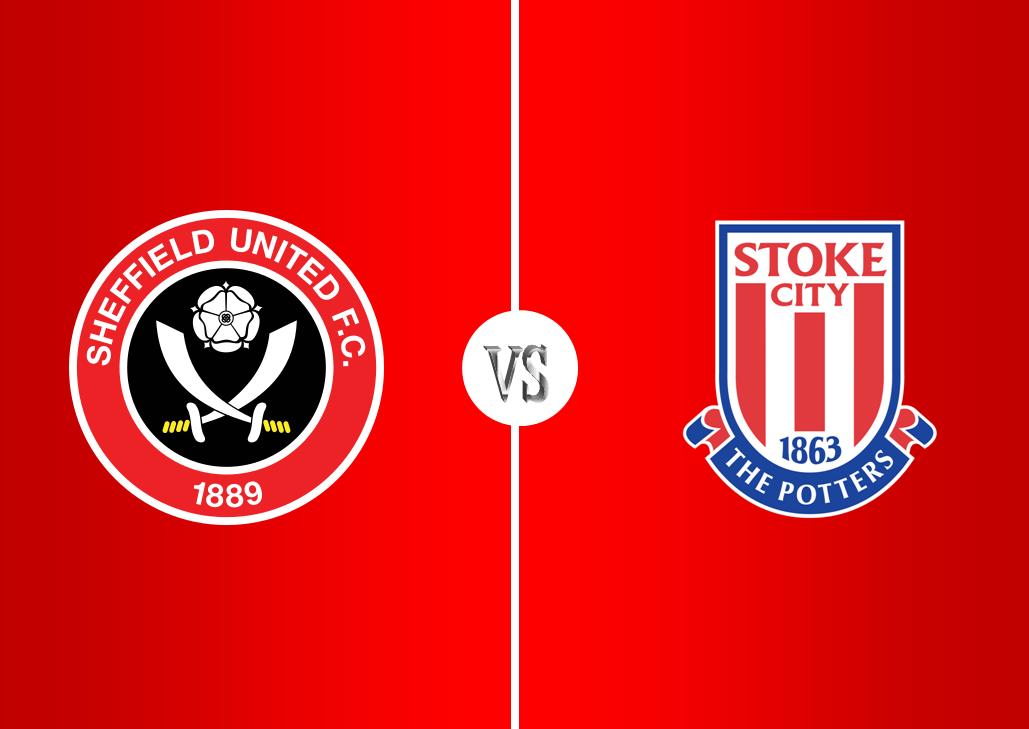 Sheffield United return to match action at home to Stoke City, following a fortnight’s grace due to the international fixtures. Having lost in their previous two Championship outings, the Blades will be keen to get into winning ways and make a surge up the table in an attempt to forge a top-six spot.

Following defeats away from home to Middlesbrough (0-2) and AFC Bournemouth (1-2), before the break, the Blades will be quick to get back to winning ways on home soil. United’s last victory came on 25th September in a 1-0 victory over Derby County.

Slavisa Jokanovic’s only absentee is defender Jack O’Connell (knee), who may return to training soon. Meanwhile, Left Wing-Back, Rhys Norrington-Davies, may feature against his former side who he spent the latter part of last season on loan.

Promotion to the Premier League had already been sealed the last time that Sheffield United faced Stoke City. Second, in the league, the Blades had a glimmer of an opportunity to steal the top spot from Norwich and win the league as Champions. However, it wasn’t to be. The Canaries won 2-1 at Aston Villa, and despite a second-half rally, the Blades drew 2-2 at the Bet365 Stadium.

The game took place on 5th May 2019, the final day of the regular season. The hosts went into half-time leading 1-0 via former Blades striker Sam Vokes right-footed volley on 19 minutes. Stoke had led twice in the game but Chris Wilder’s side prevented the Potters from claiming their first victory in six games. Three minutes after the break, John Fleck teed up Kieran Dowell on 48 minutes to fire home past Jack Butland.

The Potters responded through Ryan Shawcross, volleying home Tom Ince’s corner on 69 minutes. The hosts looked good for a victory until Enda Stevens, from Billy Sharp’s assist, flew past the keeper eight minutes later to draw the match all-square.

Stoke have made a good start to the campaign and are currently fourth in the table after eleven league matches played. A victory at Bramall Lane, married with results elsewhere, could push the Potters into the second spot, behind Bournemouth. Michael O’Neill’s side remain unbeaten in their last three league outings against; Hull City (won 2-0), Preston North End (drew 1-1), and West Bromwich Albion (won 1-0) – claiming seven points in the process.

The visitors are expected to be without defender Morgan Fox (hamstring), and forward Abdallah Sima (ankle), through injury. The pair may return to the side by the end of the month.

Meanwhile, the Potters may field former Sheffield United defender Danny Batth to face his former side. The defender, who could make his 99th in a Stoke shirt against the Blades, joined United on a month’s loan, from Wolverhampton Wanderers, in November 2010. He made a very brief appearance for United, replacing goalscorer Ched Evans in the 89th minute in a 1-0 victory over Swansea City, on 18 December. Whilst with the Molineux club he also enjoyed loan spells with Colchester, Sheffield Wednesday (twice), and Middlesbrough, before signing for the Potters for £3million in January 2019.