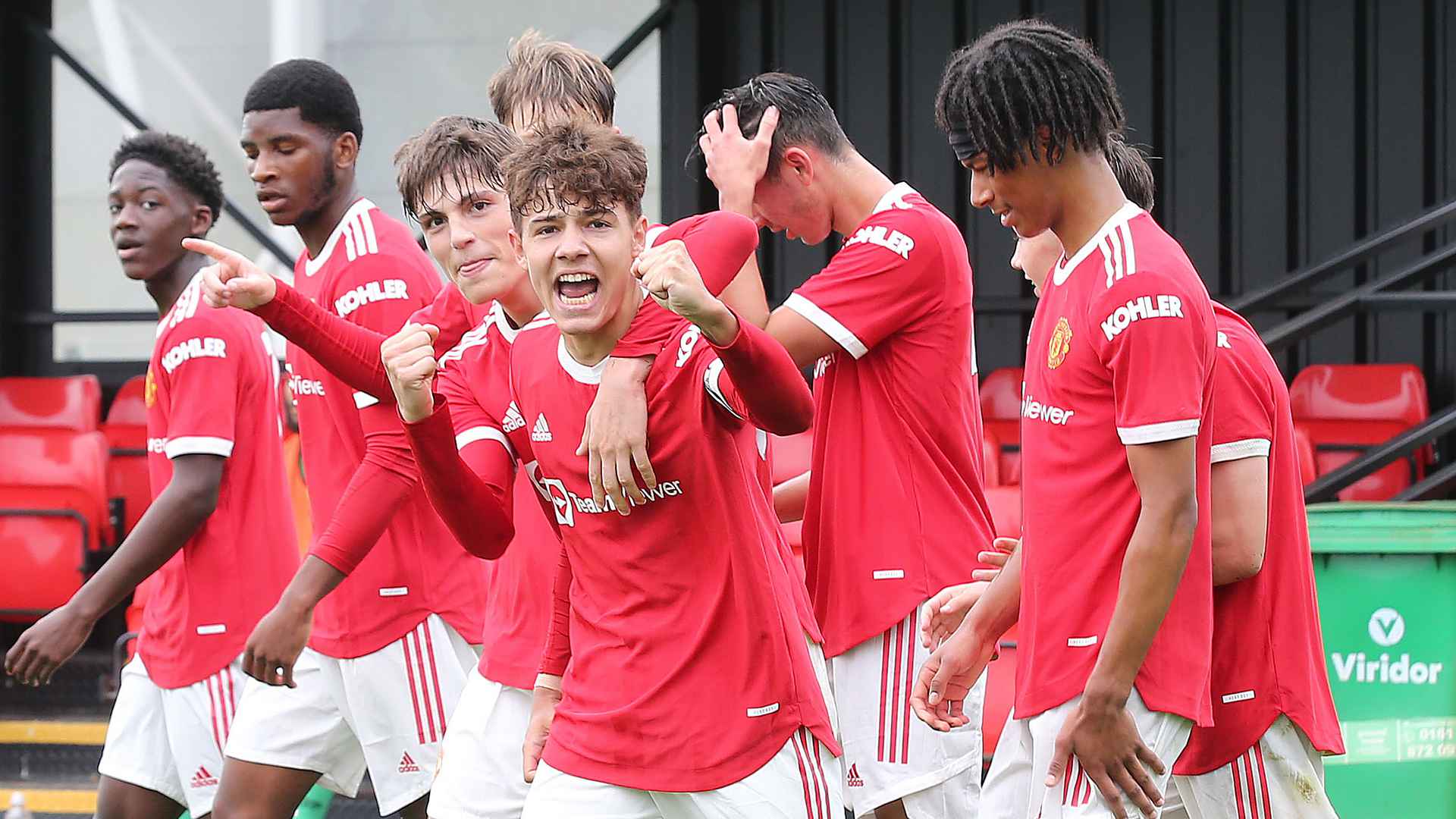 Manchester United’s Under-18s collected maximum points after beating a hard-working and determined Stoke City side 4-2 at Carrington on Saturday afternoon.

Two goals from Manni Norkett, Marc Jurado's opener and a strike from Alejandro Guarnacho proved to be enough to overcome the Potters but it is hard to imagine United having to work as hard this season to win three points. Leaden skies dominated the scene at Carrington as United started the game in a positive and lively mood.

And it was only resolute defending from the Potters and poor finishing when United’s forwards were in good scoring positions that kept the scoresheet blank.

Sam Mather made a terrific run down the left wing and he looked odds-on to open the scoring but his shot wasn’t up to scratch. A few minutes later and Jurado found Garnacho with a pin-point pass into the Stoke area but again there was no final touch.

Stoke weren’t, by any measure, just a supporting act and they underlined that by taking the lead in the 20th minute.

They carried a threat when entering Radek Vitek’s territory and that invariably stemmed from striker and captain Emre Tergel, with five goals to his name before this match. And he was celebrating again after slotting home a penalty with a confident strike. United needed a response and nine minutes later we were level thanks to a bullet header from Jurado, who had moved upfield when the Reds were awarded a corner.

It wasn’t any more than United deserved and, seven minutes before the break, centre-forward Norkett put the ball past Stoke ‘keeper Laurence Shala to edge his side into the lead.

There was little change to the pattern of the game after the restart with both teams having their moments in front of goal. Garnacho was thwarted by ‘keeper Shala when his blistering shot looked goalbound. And at the other end, Stoke winger Matthew Lusakueno should have made more of the opening he himself had made. Stoke were proving to be formidable opponents and, urged on by their vocal coaching staff, they were pressing at every opportunity in search of the leveller.

Two goals, Tergel for Stoke and United’s Garnacho, decorated the closing minutes of what had been an excellent, no-holds-barred confrontation.