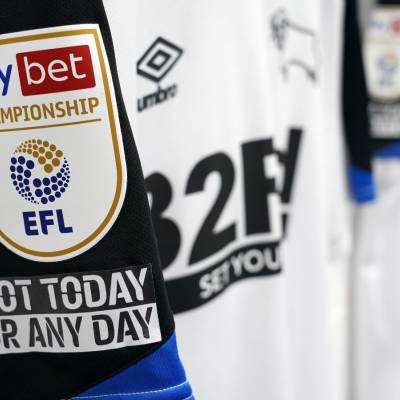 Manager Wayne Rooney has made three changes to the side which earned a valuable point against West Bromwich Albion on Tuesday night for this afternoon’s Sky Bet Championship clash against Stoke City (3pm kick off).

The Rams are back on home turf this afternoon as the Potters head to Pride Park Stadium, and Rooney has reverted to a more familiar-looking line up.

Captain Tom Lawrence returns to the starting line-up, along with fellow forward Ravel Morrison, as Jason Knight and Kamil Jozwiak drop to the substitute’s bench.

Max Bird is also back in the starting 11 as Dylan Williams, who excelled on his senior league debut against the Baggies during the midweek fixture, as the youngster reverts to the bench.