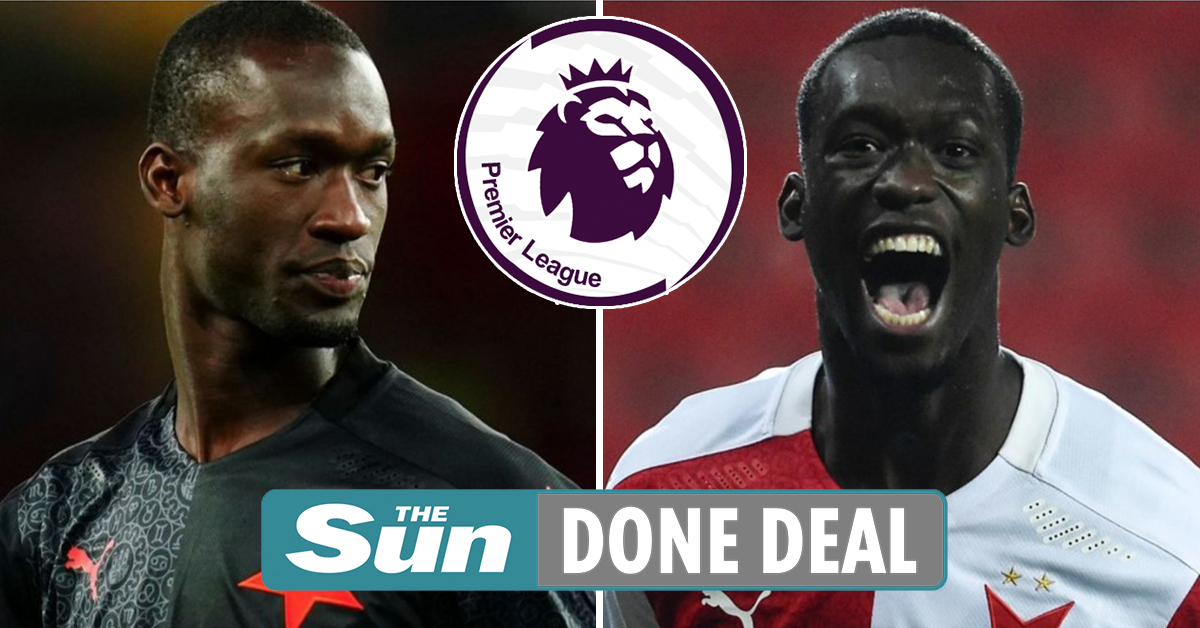 BRIGHTON have signed Arsenal target Abdallah Sima from Slavia Prague in a deal worth £7million - and immediately loaned him out to Stoke City.

The striker, 20, had barely put pen to paper on his new Seagulls' contract when boss Graham Potter was sanctioning his season-long move to the Potters.

Brighton have signed Abdallah Sima, 20, from Slavia Prague and immediately sent him on loan to StokeCredit: Rex

Sima's arrival is a real coup for Stoke boss Michael O'Neill after the young striker shot to prominence with Slavia Prague last season.

Signed from the fifth tier of French football, Sima had a sensational debut season with the Czech champions.

He helped knock Brendan Rodgers' Leicester out of Europe after scoring Slavia's second goal in a 2-0 win over the Foxes.

Sima is currently away on international duty and will link up with his new team-mates later next week.

Ashworth said: “Abdallah joins us after a really good season with Slavia Prague, last season, which saw him excel in their domestic league and the Europa League.

“However it is important to remember he has had a very rapid rise, coming from Senegal to France, and he has only played one full season of professional football.

"It is essential we manage his development in the right way.   “Now he has the opportunity to acclimatise to English football with Stoke, who have started the season well in the Championship.

“We’re excited by his potential and the loans team will be working closely with him to monitor his progress and ensure he settles here in the UK.”

After landing the new Premier League star on loan, Potters chief O'Neill was in buoyant mood.

O’Neill said: “Abdallah is a player with great potential which is why Brighton have taken the decision to bring him into English football.

"We are looking forward to seeing him continue to progress with us over the remainder of this season.”

Former Manchester City and Huddersfield right-back Duhaney, 22, had earlier agreed to join Stoke on a short-term contract after impressing on trial.