McClean back at Wigan after Stoke exit
BBC Sport 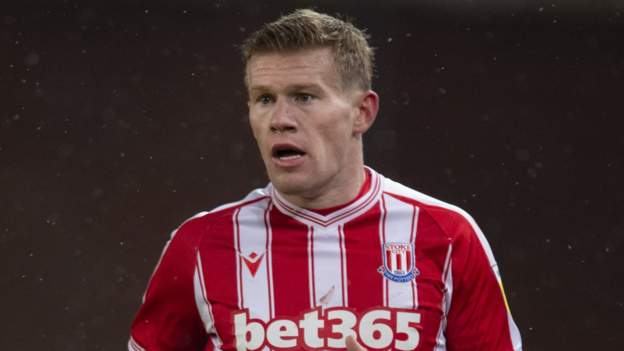 "James McClean has completed a permanent move to Wigan Athletic," said Stoke in a statement on Tuesday night.

"We would like to thank James for his service and wish him every success in the future."

McClean was introduced to Wigan fans before the club's 1-1 draw with Wycombe Wanderers on Tuesday night and a Latics statement said that he had been signed "on an initial one-year deal".

The Derry native made 29 appearances for Stoke last season with the campaign also including him being handed a one-game club suspension for a Covid breach in January.

The Republic of Ireland player - who played for Northern Ireland up to under-21 level - has been the victim of online abuse and last February he shared a direct Instagram message which had contained threats to set his family home on fire.

The player's wife Erin said that her husband had endured "nine years of constant abuse" since moving to England which included someone threatening to "take a gun with them to a certain match".