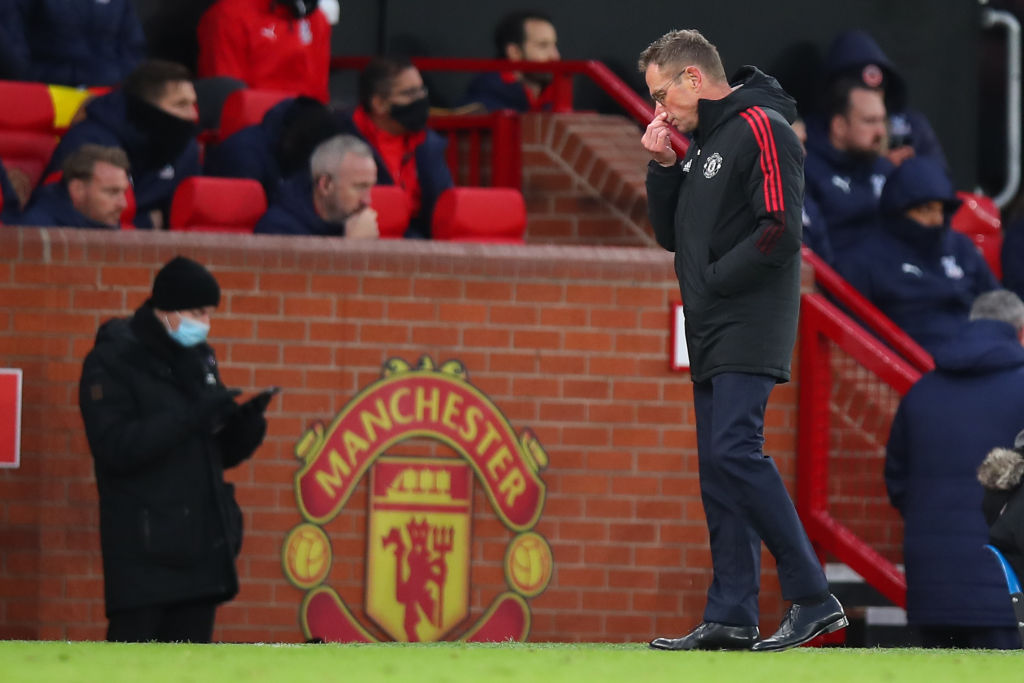 The road of Ralf Rangnick’s Manchester United journey is set to be an intriguing one.

He has the chance to revamp the club in his own image after the ‘United way’ failed while Ole Gunnar Solskjaer was at the wheel.

Finishing in the Premier League’s top four, winning a cup and going on a decent Champions League run are the mandatories of the German’s 18-month interim spell.

With the January transfer window opening in a matter of weeks, the 63-year-old could be forgiven for starting to plan for the long-term in the Old Trafford dugout.

However, being too forward-thinking at this stage would be unwise. Rangnick still has plenty of work to do to earn the permanent role.

Even if he achieves the goals demanded by the hierarchy, there’s no guarantee they’ll take him on full-time.

Having said that, the situation isn’t much of an issue for the former RB Leipzig coach. According to Eurosport, Rangnick is keen to continue his Premier League journey at another team if United let him go.

Based on that premise, here are three English top-flight sides where we think Rangnick’s face would fit:

Player exchanges are a common occurrence in football, but could we see a lesser-spotted manager swap before too long?

If United cut ties with Rangnick after his current contract concludes, they will obviously need someone to fill his shoes. And one of the reported candidates is Leicester City’s Brendan Rodgers.

Taking the chief Fox away from his cubs would leave a hole for someone to fill. Step forward Rangnick, who seems a good fit for the East Midlands side.

Leicester’s excellent recruitment policy is certainly an appealing prospect. Rangnick was also the man who brought Ademola Lookman to RB Leipzig before he was snapped up by Rodgers in August.

Everton are known for being a tad trigger-happy when it comes to hiring and firing. Since David Moyes left for Manchester United in 2013, the Toffees have gone through ten coaches.

There’s no guarantee the one presently stationed at Goodison Park, Rafa Benitez, will last longer than a season at the helm either.

If Everton follow their recent habits, Benitez could be out the door again before too long.

A club with such rich history, backed by wealthy owners? What’s not to like for Rangnick?

As well as sharing the same first name, in a homophone sense, Hasenhuttl and Rangnick have also walked a similar footballing path.

Rangnick was the sporting director of RB Leipzig while Hasenhuttl pulled the strings pitch-side, before the latter joined Southampton in 2018.

The same scenario could happen again if Southampton part ways with their man in charge.

With a side already moulded in Rangnick’s gegen-press style, the South Coast could be more than just a tourist destination if Ralf R is on the loose.