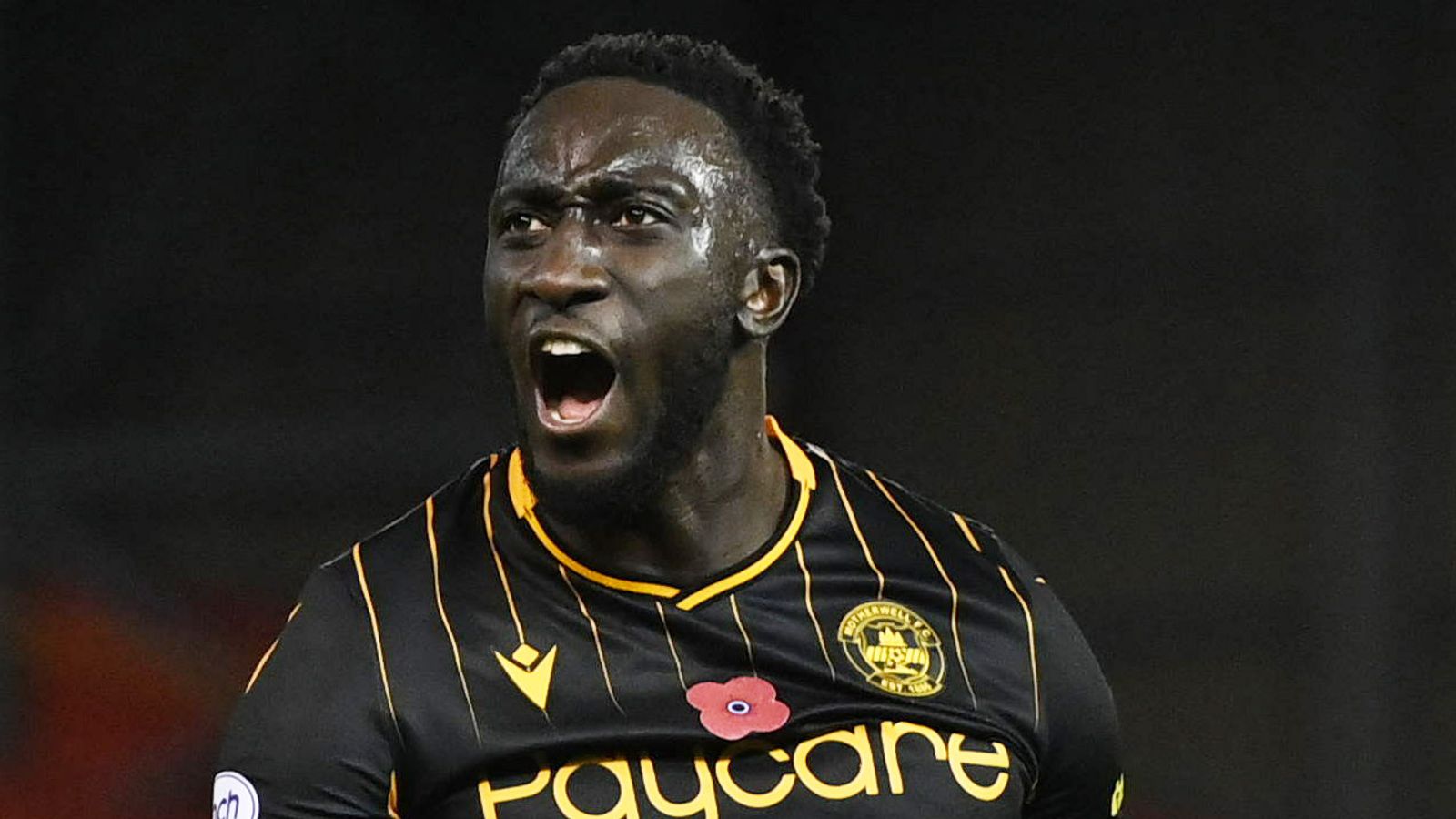 Bevis Mugabi admits he took a step into the unknown when he joined Motherwell in 2019.

The defender's career kicked off with a brief spell at Fulham before joining Southampton's academy alongside the likes of Luke Shaw and James Ward-Prowse.

A move to Yeovil Town followed before the 26-year-old then joined the Fir Park club and he has not looked back since.

After becoming a fans' favourite with his impressive performances on the pitch, he's also earned a call-up to the Ugandan national team.

Now, Mugabi's contract comes to an end in the summer and he sat down with Sky Sports News to discuss what could be next and his career to date...

What were your expectations when you signed for Motherwell?

I didn't really know what I was signing up for to be honest coming from down south. I didn't even know much about the Scottish leagues.

I just thought I'll give it a shot and try my best to earn a place in the team. The team was going very well with Stephen Robinson being in charge and had qualified for Europe, too.

Image: Mugbai says he is enjoying life at Fir Park

It's very competitive. People down south sometimes look down on Scottish football but it's a good standard here.

You've got Celtic, Rangers, Hibs, Hearts... you've got a good competitive league this season especially. I feel like this is a positive step in my career.

Did you join Motherwell thinking it would be a quick move back down to England?

I didn't really think that far ahead to be honest with you. I just need to perform first and foremost and things will sort themselves out. If I perform the club will offer me a new contract. If I perform then anything is possible.

As a footballer do you need to keep an open mind about your career?

It's interesting obviously coming from the Southampton academy and coming through with a lot of players who have had successful careers. I'm just grateful I've come up here and played well. I've become an international player and I'm starting to fulfil my potential.

From the players you came through at Southampton with, who has impressed you most?

I'd say James Ward-Prowse, after becoming Southampton captain at such a young age.

I think he made his 200th Premier League appearance which is crazy and getting success with the England setup as well. It just goes to show if you put your head down and work, anything is possible.

How much has it meant to you to be called up by Uganda?

It's massive. Especially the support I get from Uganda. The media team (at Motherwell) were telling me that the Ugandan fans are commenting on message boards showing me their appreciation which is nice.

I love going back there. It's the motherland. My mum and dad were born there so it's just nice to have that kind of experience.

How much does it mean to you that the fans have embraced you with club and country?

Image: Mugabi has praised the support from Motherwell's fans

It's great. The Motherwell fans have really, really embraced me here, especially this season when I feel like I've been performing for them. I love them and I love my Uganda fans as well.

How much influence will the fans have on your decision to stay at Motherwell?

Big time. Since I came in they've been supportive of me, even when I haven't been performing. They've encouraged me to keep on performing as well. That will be massive for me.