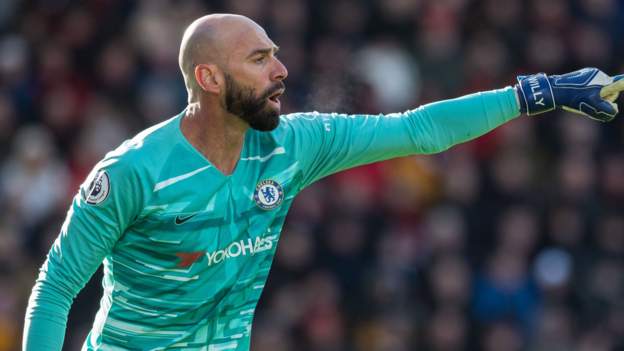 Southampton have a goalkeeper crisis with both senior keepers Fraser Forster and Alex McCarthy picking up injuries in the past week.

The 40-year-old Argentine has been without a club since leaving Chelsea in the summer and has been training with AFC Wimbledon.

He joins Southampton, who visit Arsenal on Saturday, until 5 January.