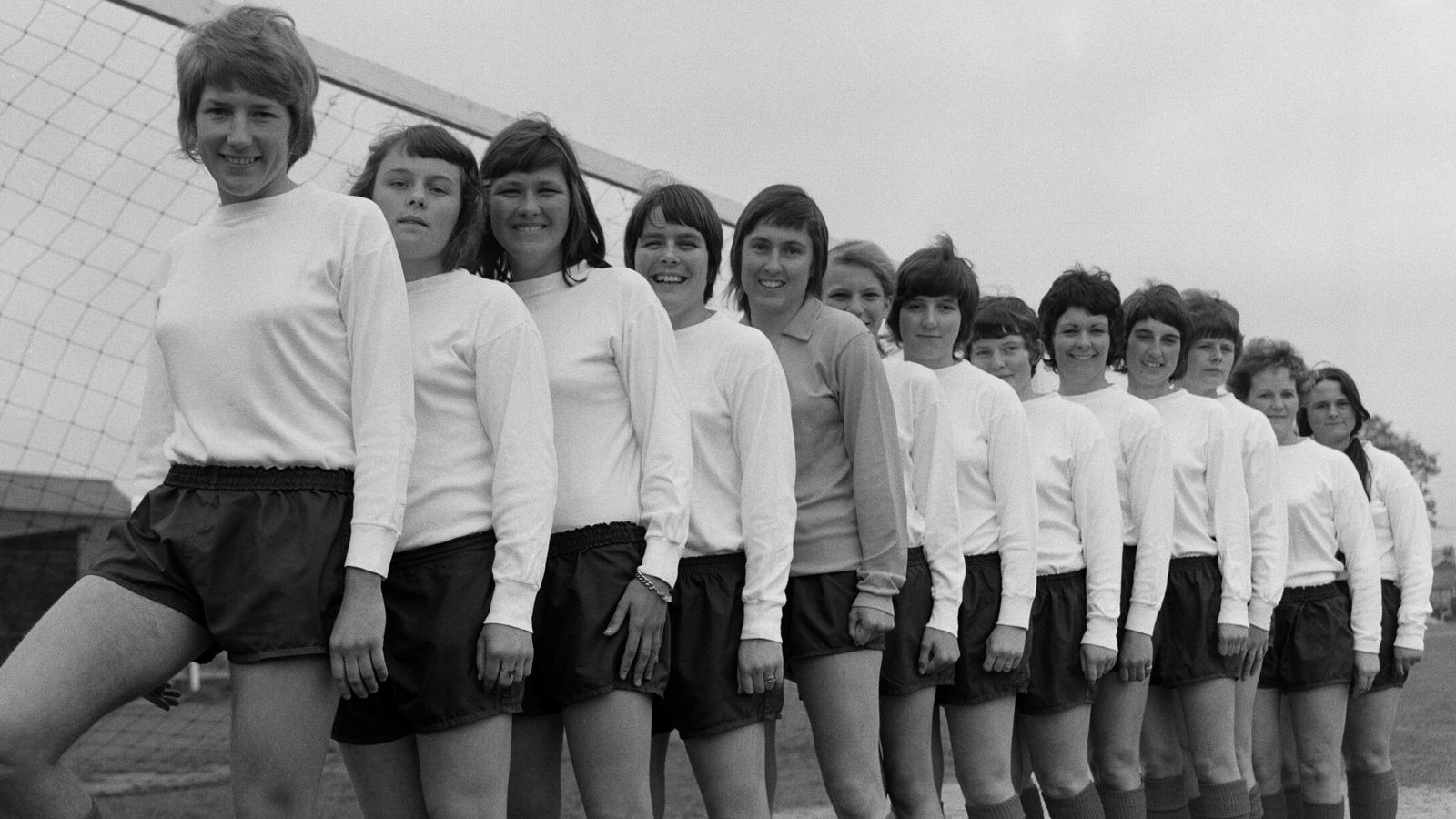 The Women's FA Cup final as it is today would have seemed a "dream" to the Southampton players who were the competition's first winners 50 years ago, the team's captain Lesley Lloyd has said.

Lloyd has spoken of her pride that "we were the pioneers that started it all" ahead of Arsenal taking on Chelsea in Sunday's Wembley showpiece, the attendance for which has been over 40,000 in recent years.

The former midfielder, 74, skippered the Saints to a 4-1 victory over Scottish side Stewarton Thistle in the inaugural final at Crystal Palace National Sports Centre in May 1971.

It came as the Football Association lifted its ban on the women's game that was imposed, come Sunday, exactly 100 years ago.

"We'd all love to be 50 years younger. I'd love to have played in the era today. I'm proud we were the pioneers that started it all really, certainly with the women's cup final."

Looking back to the 1971 final, Lloyd recalls the build-up on the day included her and team-mates going for coffee and cake, then eating cheese and pickle sandwiches outside the venue, and that "when we saw the actual playing surface, the grass was so long - that was my first thought".

She remembers as the match got under way, in front of what she estimates was 1,500 to 2,000 people, her "knees were knocking" with nerves. At its conclusion, after Pat Davies' hat-trick had secured victory for Norman Holloway's team, they were "overjoyed - I don't think we knew what to do with ourselves!"

Lloyd added: "I was presented with the cup, picked it up, and it was great. The people in the stand were clapping. For us 50 years ago, that was our Wembley."

Image: The Women's FA Cup final has attracted crowds of over 40,000 in recent years

The women's game in England has made great strides in the half-century that has followed, and the FA Cup final has been played at Wembley since 2015.

Lloyd said: "They [current players] have coaches, dieticians, physios, everything sorted out for them. Don't forget we were paying our own way. We had to pay for everything and didn't have any facilities full stop really.

"It's great seeing what women's football has achieved now. It would be a dream to us. Girls can join a club at grassroots, look up to icons, progress to whatever level they're capable of.

"We obviously hoped, but we had started to play, then it was banned, and you think 'what's going to happen next?' Fortunately, the FA has been very progressive.

"I feel very honoured and proud that I was the one that led the team out, and I know all the players would say the same.

"We had a few playing for England afterwards, and I know a few would have been equal to what we have [now], if we had the facilities, the training. What really doesn't change is the competitive nature - 50 years ago we were just as competitive as they probably are now."

Earlier this year, Lloyd went back to the Crystal Palace venue with her 16-year-old granddaughter, and she said: "It brought back lots of things.

"My granddaughter was amazed. I've obviously told her bits and pieces. She says 'I can't understand how you were treated as you were'.

"It did bring back some lovely memories, and it hits home that nobody can take that away from you - the Southampton team, I was the captain. It's there for life, which is brilliant."

Lloyd and fellow Women's FA Cup-winning captains have been invited by the FA to Sunday's match, where they will be recognised in various ways.