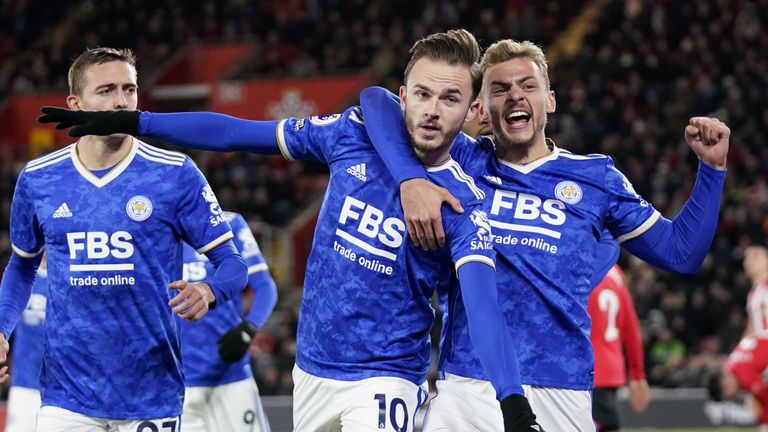 Leicester fought back twice to take a point in an entertaining 2-2 draw against Southampton, although will rue some late chances to secure the victory.

It did not take long for the goals to flow at St Mary's, with all three in the first half starting from corners. Leicester's set-piece frailties were exposed inside three minutes as Jan Bednarek poked home with the visitors unable to clear their lines.

But Southampton were also punished soon after as Jonny Evans (22) turned home for Leicester's first equaliser. The Saints went ahead again with their second corner of the game, Che Adams (34) nodding home from Nathan Redmond's cross.

The second half was delayed due to a medical emergency, although the fan in the stands left the stadium conscious and communicative.

Once played restarted, it did not take long for Leicester to equalise once again. It was a superb effort from James Maddison (49) - scoring his third goal in six games - as he fired home on a tight angle.

However, Leicester could have won it late on, but both Harvey Barnes and Jamie Vardy saw huge chances pass them by with Brendan Rodgers unable to mark his 100th game in charge with a victory. The result sees Leicester into eighth on 19 points.

Southampton bounced back well after a 4-0 thrashing by Liverpool at the weekend, pulling five points clear of the relegation places in 16th.

Southampton now host Brighton at 3pm on Saturday in the Premier League, while Leicester are at Aston Villa at 4.30pm on Super Sunday, live on Sky Sports Premier League.