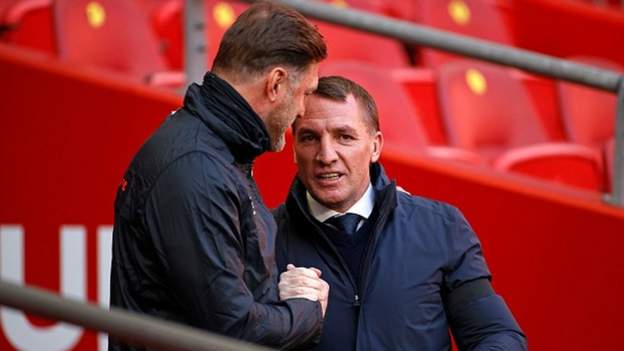 Jack Stephens has been out since September with a knee injury

Southampton are boosted by the return of both Jack Stephens and Ibrahima Diallo from injury.

Mohamed Elyounoussi may be involved after missing the Liverpool game as his partner was due to give birth, but Stuart Armstrong remains out.

Leicester midfielder Youri Tielemans is back in training after a calf injury but won't be risked on Wednesday.

Southampton boss Ralph Hasenhuttl got it wrong with his team selection against Liverpool and he might decide to be less attack-minded against Leicester, who seem to have got their spark back.

The Foxes have been up and down all season but James Maddison is playing well at the moment and Jamie Vardy is back among the goals too, so I fancy them to get another win here.

Choose your Southampton starting formation and line-up. It's up to you how to approach it - you could go for the team you WANT the boss to pick or the one you THINK he will.