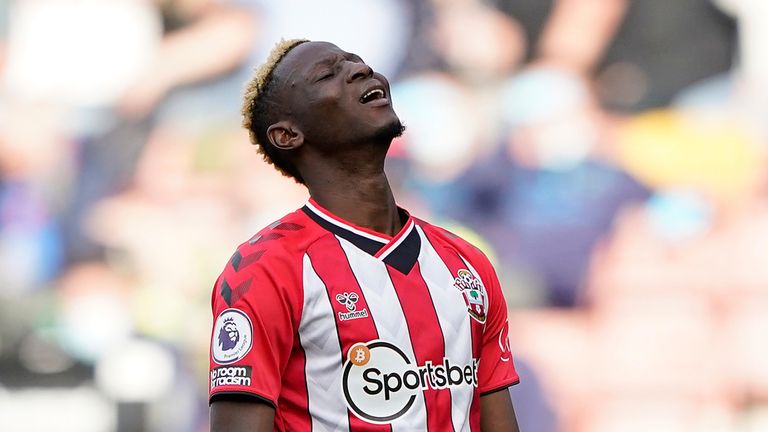 Team news, stats and prediction ahead of Southampton vs Leicester in the Premier League on Wednesday; kick-off 7.30pm.

Defender Jack Stephens could return to the Southampton squad for Wednesday's Premier League clash with Leicester.

Stephens is back in training after more than two months out with a knee injury and could be involved as the Saints attempt to bounce back from defeats at Norwich and Liverpool in their last two games.

Image: Southampton's Jack Stephens is close to a return

Moussa Djenepo should also be available after recovering from a knock, but fellow midfielder Stuart Armstrong (calf) is still out.

Leicester boss Brendan Rodgers has the same squad at his disposal as for the weekend win over Watford.

Belgium midfielder Youri Tielemans is nearing a return after missing the last three games with a calf problem but is not quite ready yet.

Follow Southampton vs Leicester in our dedicated live match blog. Highlights will also be published on the Sky Sports digital platforms and the Sky Sports Football YouTube channel after full-time.

FREE TO WATCH: Highlights from Liverpool's win against Southampton in the Premier League

FREE TO WATCH: Highlights from Leicester's win against Watford in the Premier League 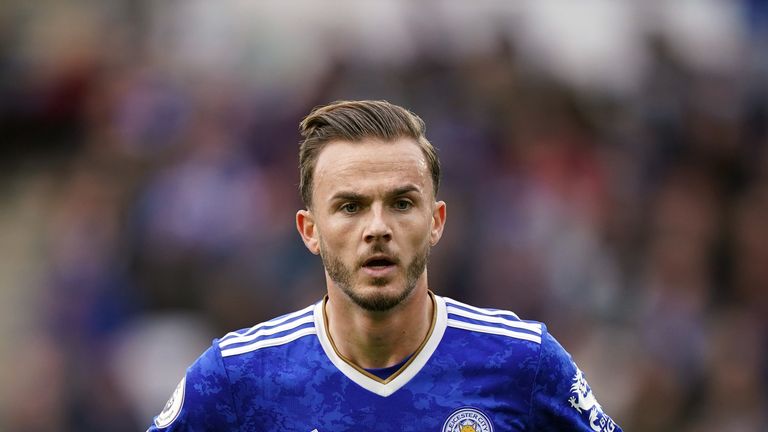 One result is not enough to convince me Brendan Rodgers has Leicester back to where he wants them.

The 4-2 win over Watford showcased what a deadly finisher Jamie Vardy still is but it also rammed home the point that, as a defensive unit, Leicester remain all over the shop. Watford created an expected goals figure of 2.7 at the King Power, highlighting just how many times Rodgers' team were cut open. Only Newcastle have faced more shots than Leicester (207) this season.

Meanwhile, Southampton certainly look the better balanced team with Ralph Hasenhuttl. Before the hammering at Liverpool, he had managed to shore up what has been a very leaky defence. The home win is fancied at 13/10 with Sky Bet.

Che Adams is fully reaping the benefits of Hasenhuttl's ability in improving players. He has grabbed the responsibility of being Southampton's main man in attack with both hands and has transferred that form to the international stage with Scotland, too. With Leicester's problems through the centre of their defence, Adams is bound to get chances to add to his tally of five goals in his last seven games for club and country. He can score in a home win.

BETTING ANGLE: Che Adams to score and Southampton to win (16/5 with Sky Bet)