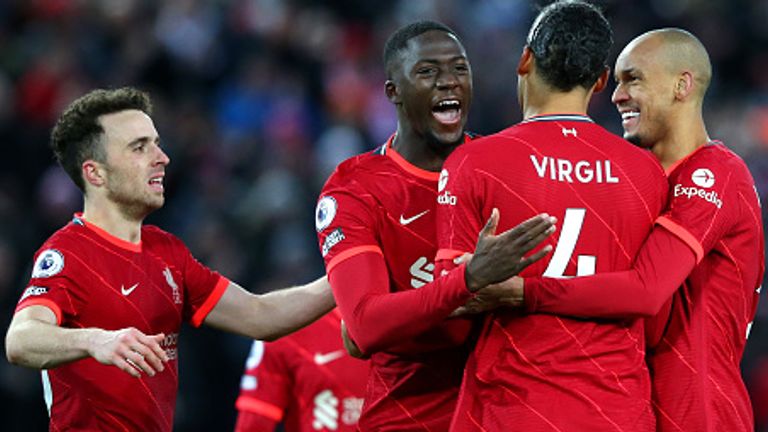 Liverpool moved second in the Premier League - for 24 hours at least - as they strolled past Southampton with a commanding 4-0 win at Anfield.

Liverpool were unapologetic in their style of play, giving Saints chances but never once relenting in their own attacking endeavours, blitzing their opponents in the first half. They went ahead inside 97 seconds through Diogo Jota, converting Andrew Robertson's low cross for the fastest Premier League goal of the season.

Jota got his second with another close-range finish, this time from Mo Salah's centre (32), and Thiago put the game beyond Saints' reach before the break as his left-footed drive deflected off Lyanco and into the net (37), his second goal in as many games.

Virgil van Dijk scored his first Liverpool goal since the opening day of last season to make it 4-0, driving low from a Trent Alexander-Arnold corner (52), and that's how it stayed as Jurgen Klopp's side claimed back-to-back 4-0 wins in the Premier League.

Liverpool have now scored 39 goals this season after just 13 games, nine more than any other team. They sit a point behind Chelsea, but will move down to third if Man City beat West Ham on Sunday. After back-to-back defeats, Southampton are 14th.

Liverpool now go to city rivals Everton on Wednesday night at 8.15pm, while Southampton host Leicester on Wednesday at 7.30pm. Free highlights from both games will be available on the Sky Sports website, App and YouTube channel.