Video: Two in two for Thiago as he glides past Southampton defence for Liverpool's third
Caught Offside 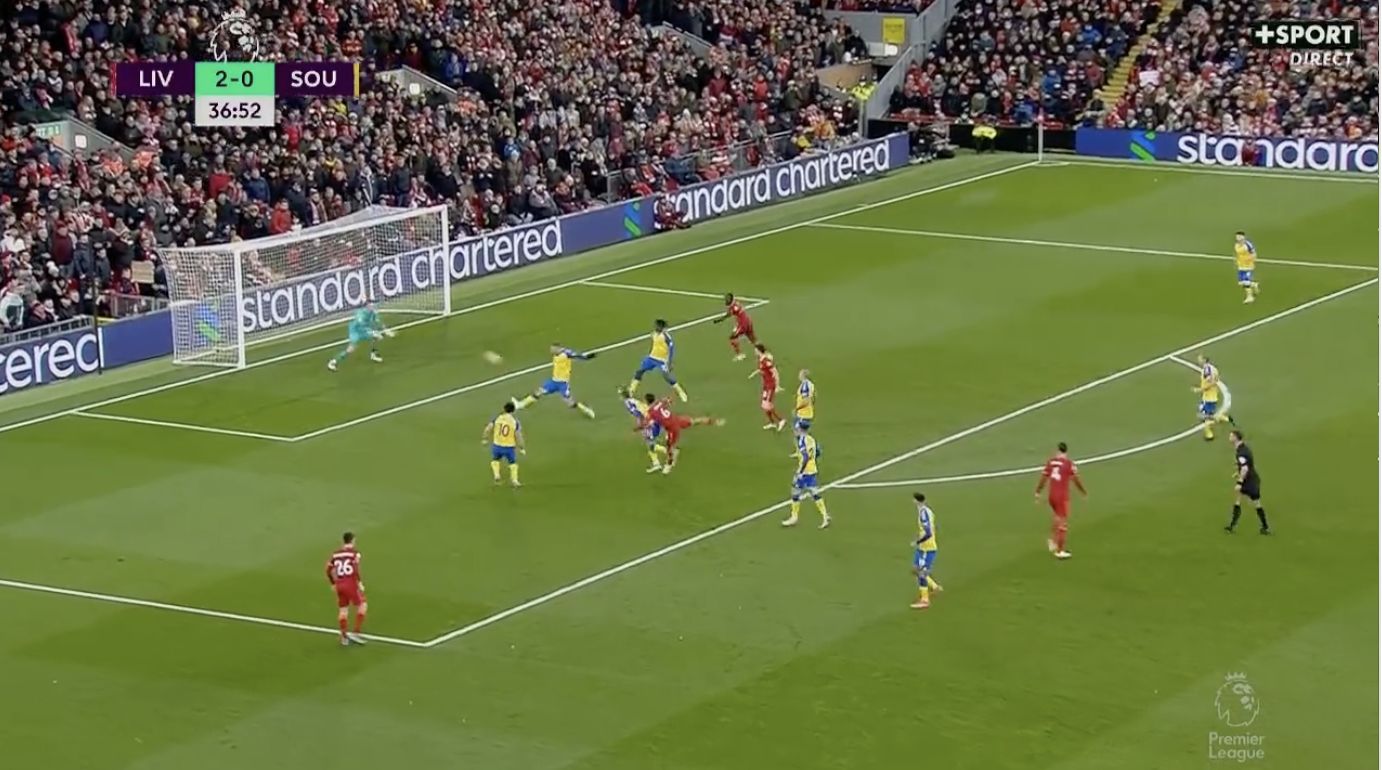 He’d already enjoyed quite the week after scoring a sumptuous effort in the Champions League, and Thiago Alcantara was on hand again to put Liverpool in dream land against Southampton.

The Reds had been toying with their visitors who attempted to clear the high ball but only succeeded in finding Thiago who then moved forward with purpose.

He managed to glide past a poor excuse for a tackle before making it two goals in two games with the aid of a deflection.