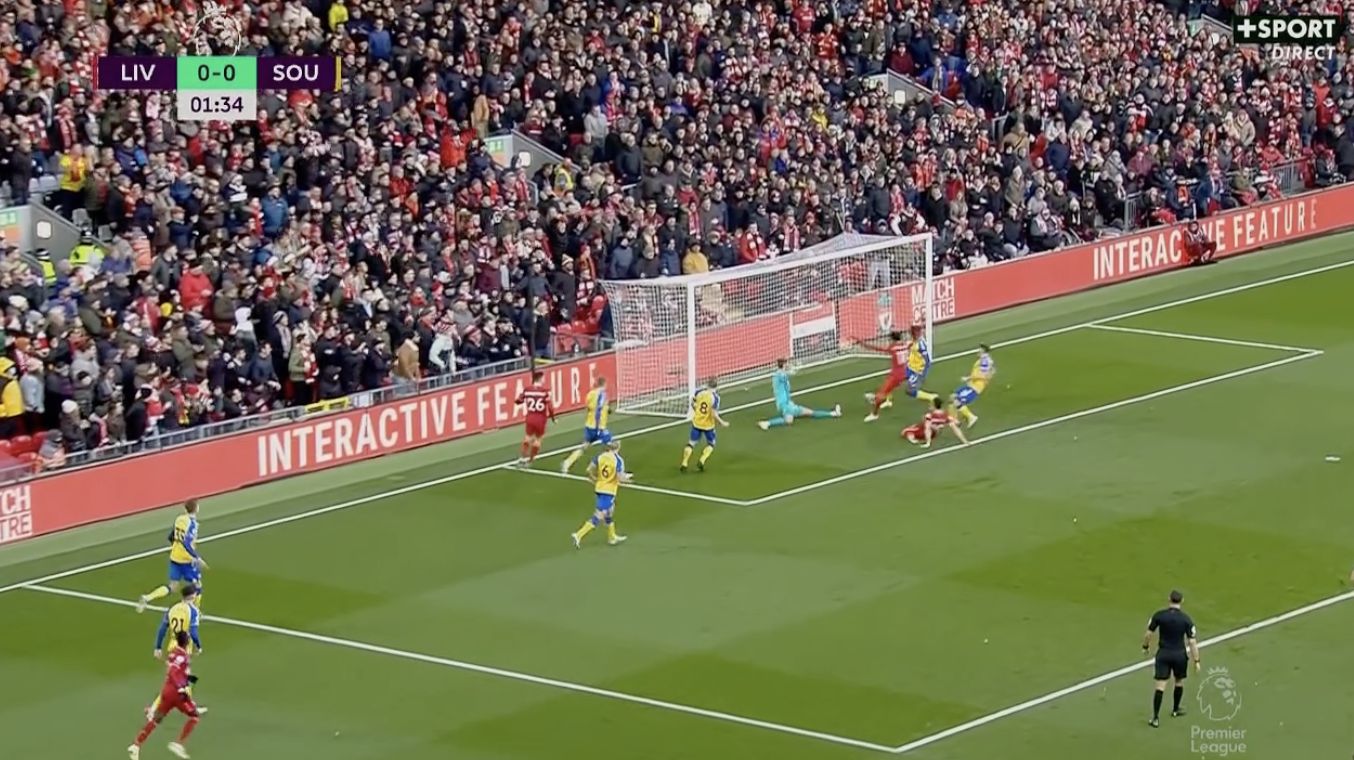 It didn’t take long for the first goal in the 3.00pm kick-offs to go in, with Diogo Jota sliding Liverpool into a second-minute lead against Southampton. It was, in fact, the fastest goal scored in the Premier League this season.

The Saints were on the back foot since the first whistle, with the Reds dominating possession in all areas of the Anfield pitch.

Ralph Hasenhuttl’s side have been on a reasonable run of form, however, it seemed that Jurgen Klopp already had his number, given the ease with which his side were carving the visitors open in the early exchanges.

The Goal of Diogo Jota for Liverpool in video ! ??#LIVSOU #LFC ? pic.twitter.com/YawwAavxKV