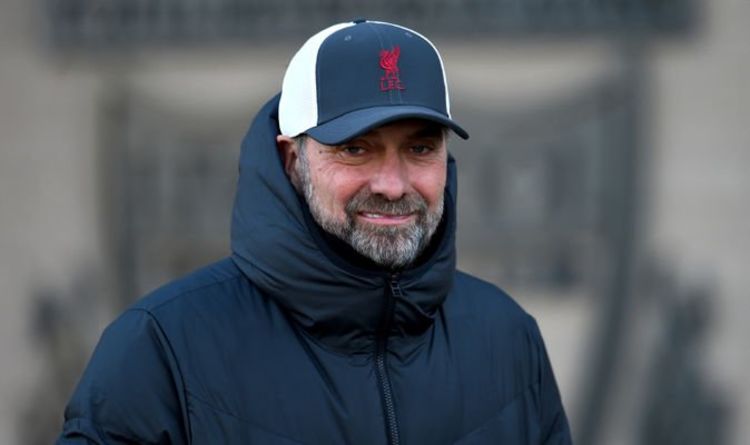 Liverpool return to Premier League action on Saturday when they host Southampton and will be looking to cut Chelsea’s lead at the top of the table. Jurgen Klopp’s side are four points behind the Blues but Thomas Tuchel's men aren’t in action until Sunday afternoon.

Klopp has had to contend with a string of injuries in recent weeks but could have some of his key charges back for Saturday’s clash.

The German manager is set for a midfield dilemma as players return to fitness and Express Sport takes a look at how Liverpool could line up at Anfield.

Alisson has been instrumental once again this season and kept his place in Liverpool’s much-changed side for their Champions League victory over Porto in midweek.

And the Brazil international will take his place between the posts once again when the Saints come to town.

Klopp was dealt a blow earlier this month when Andy Robertson was forced off during Scotland’s victory over Denmark.

The left-back subsequently missed the Reds’ 4-0 thrashing of Arsenal last weekend but returned to the fold on Wednesday night as he replaced Kostas Tsimikas in the second half.

Robertson will be back in the team on Saturday, while Trent Alexander-Arnold will line up on the opposite side of defence.

The England international, who has already racked up a staggering nine assists this season, remained on the bench against Porto.

Joel Matip could partner Virgil van Dijk at centre-back as Liverpool go in search of their eighth top-flight clean sheet of the season.

Mohamed Salah played 72 minutes against Porto and found the back of the net for the 17th time this season.

He will start in a front three alongside Sadio Mane and Diogo Jota.

Jota led the Liverpool line last weekend in the absence of Roberto Firmino and grabbed a goal but was taken off late on after receiving a knock to his knee.

But the Portugal international was named on the bench on Wednesday night and should be fit to return to the starting line-up as Liverpool look to inflict defeat on Southampton.