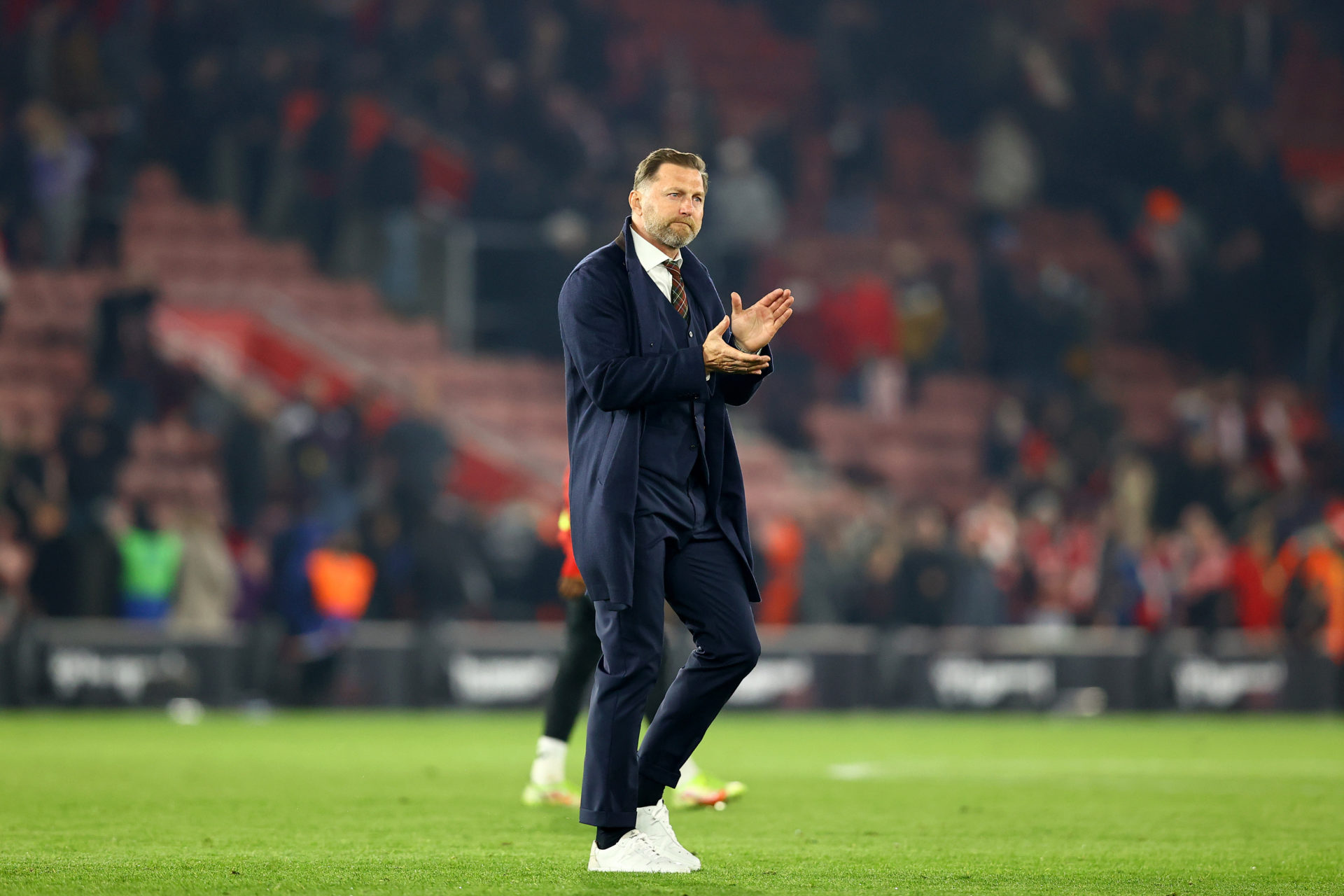 The Saints have endured a goal-shy start to the Premier League term with 10 in 11 games. Only Norwich (5) and Tottenham (9) have scored fewer entering the international break.

Hasenhuttl has also only seen six Southampton players find the back of the net, and three score more than once. With Adam Armstrong, Armando Broja and James Ward-Prowse leading Che Adams, Mohamed Elyounoussi and Valentino Livramento with two each.

Only four men in Ibrahima Diallo, Adams, Armstrong and Nathan Redmond have provided assists in the top-flight, too. With Redmond and Adams additionally the only to create two.

Doan has therefore caught Southampton’s eye with his efforts at PSV, as the Saints weigh up potential January transfers.

The 23-year-old has enjoyed a solid term so far since returning to the Philips Stadion after a season-long loan away.

He scored on his Eredivisie campaign debut against AZ Alkmaar in September, and fired home his second in six appearances, three starts, on Sunday in victory over Fortuna Sittard.

Doan had missed PSV’s previous three league fixtures due to a knee injury sustained while on international duty last month.

The blow ended a run in the Boeren starting line-up after gaining a spot on their right-wing. He also helped Japan finish fourth at the Tokyo Olympics this summer.

Should Southampton target PSV ace Doan in a January transfer?

PSV had strived to sell Doan in the last transfer window, per Eindhovens Dagblad, but failed to offload the potential Southampton target following his loan spell with Arminia Bielefeld.

The Dutch giants wanted more than €6m (£5m) for the Japan forward, which Augsburg, Mainz and Hoffenheim refused to pay. Ending their hopes of acquiring an attacker once dubbed by ‘the Japanese Messi’ after a mazy run to score against Italy like Lionel Messi.

Doan was a key part of an Arminia Bielefeld side that avoided relegation in Die Blauen’s first Bundesliga term since 2008/09 while enjoying a temporary stay at Bielefelder Alm.

He started 33 of his 34 Bundesliga outings, and provided five goals plus three assists. But was priced out of a permanent move to Germany, with his PSV contract running to 2024.

In other news, 'Who does he think he is': Arsenal fans blast Watford man's actions after FT yesterday