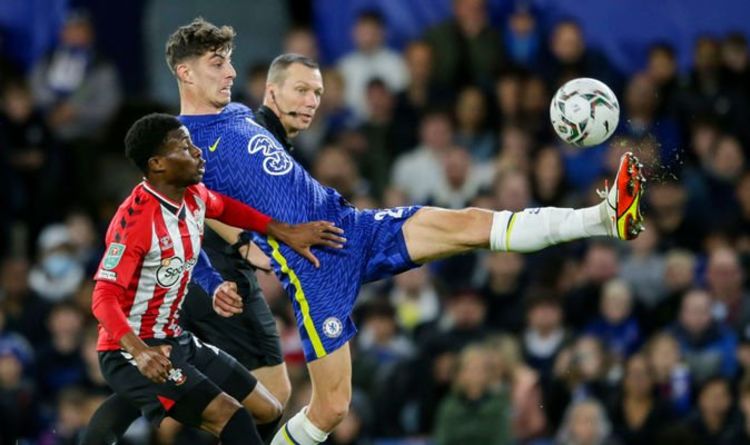 Chelsea were trolled by Southampton fans in their Carabao Cup clash on Tuesday night, with the Saints faithful pointing out the one trophy the Blues will never win. The Blues were looking to avoid an upset at Stamford Bridge in their quest to reach the fifth round.

Minutes into the clash in west London, Saints fans could be heard chanting: “Johnstone’s Paint Trophy - you’ll never win that.”

Southampton won the competition, which has now been rebranded as the Papa John’s Trophy back in 2010 after slipping into League One.

The Saints defeated Carlisle United in the final at Wembley, with Rickie Lambert, Adam Lallana and Michail Antonio getting on the scoresheet.

And it’s hardly surprising that Southampton stormed to victory considering the number of future internationals they had at their disposal.

Chelsea fans seemed unfazed by the chant, with most suggesting it was more self-deprecating than anything else.

Chelsea have won virtually everything there is to win in the game and lifted their second Champions League trophy in May when Thomas Tuchel led his side to victory over Manchester City in the final.

They won the competition for the first time in 2012 after beating Bayern Munich on penalties.

The west Londoners currently top the Premier League table and are looking to win their first title in five years.

“We want to be competitive and this is what we are up for as coaches and as a team.

“So any competition we start, we go for the very best and this is a final at Wembley that we want to reach.”

Chelsea are among the favourites to win the Carabao Cup this season but needed a penalty shootout to overcome Aston Villa in the third round.