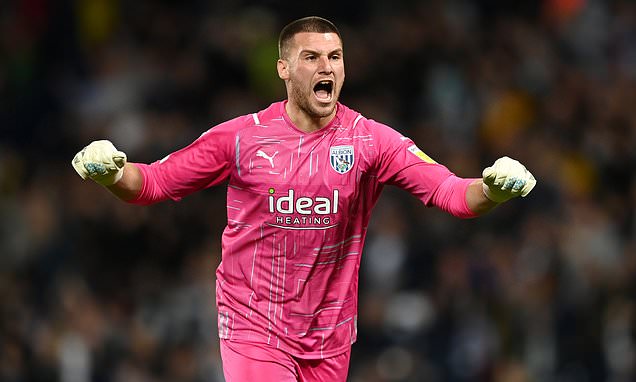 Southampton have reportedly joined Tottenham and West Ham in the battle to sign Sam Johnstone.

The West Brom and England goalkeeper, who was untroubled against Andorra and brilliantly assisted the Three Lions' fifth, has been impressive for the Baggies this season and also stood out last term as they were relegated from the Premier League.

Even though the 28-year-old becomes a free agent in the summer, Southampton are said to be looking to test the Championship side's resolve with a bid in January, according to The Sun.

Johnstone is understood to be settled at the Hawthorns with the side second in the league and is likely to wait until the end of his contract before deciding on his future, with West Brom thought to be interested in offering him a big-money deal if he chooses to stay.


Southampton's urgency can be explained by the fact that Fraser Forster is set to leave when his contract runs out at the end of the season - and his departure could be sooner than that if the Johnstone deal gets over the line in the upcoming transfer window.

Alex McCarthy is the only other senior goalkeeper in Ralph Hasenhuttl's current set-up.

Spurs were supposedly interested in signing Johnstone this summer and despite ultimately settling on the loan option of Pierluigi Gollini for 2021-22, they sent a scout to watch Johnstone in the 1-1 draw against Preston late last month, according to Football Insider, with Nuno Espirito Santo's first-choice stopper Hugo Lloris saying in August that the club had not approached him about extending his stay in north London.

The high-flying Hammers meanwhile are thought to still be looking at Johnstone after seeing a £10million bid for the Manchester United academy graduate rejected over the summer.

No 1 Lukasz Fabianski signed a contract extension in March that only keeps him at the London Stadium until the end of the campaign, while the future of on-loan Alphonse Areola is uncertain, with the Paris Saint-Germain custodian having enjoyed limited time between the sticks so far this season under David Moyes.