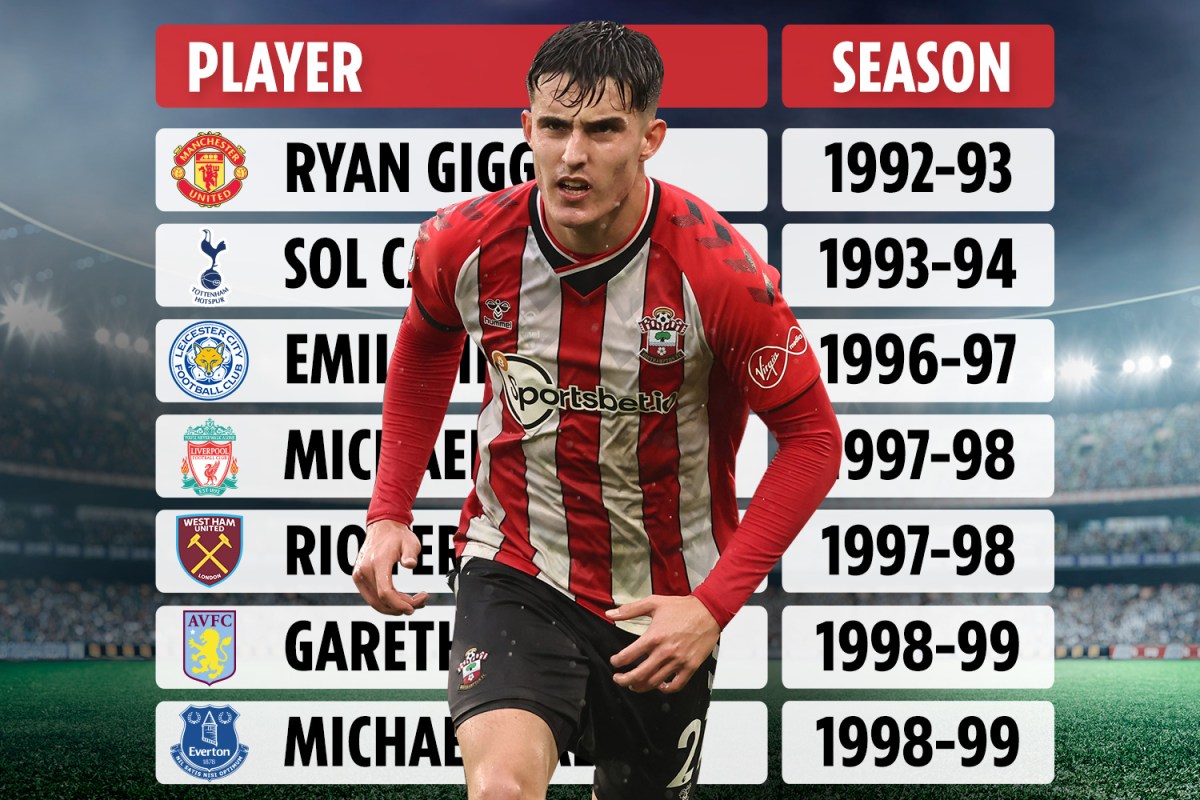 TINO LIVRAMENTO finally had time to reflect on his explosive start to life in the Premier League and one word kept coming up: “Crazy”.

Crazy to be thrown in at Everton on the opening day for his top-flight debut having only had a week of training with his new team-mates.

Crazy to go back to Stamford Bridge on Saturday and look over to the seats where he used to sit as a season-ticket holder, having won a penalty.

And crazy for his mum to hear her son’s name be chanted by an instantly-adoring Saints crowd.

The teenager said: “It’s been a crazy couple of months and I haven’t had time to sit back and take in what has happened.

“I feel like it is better like that, I can just keep my head down and keep on taking every step and challenge as it comes.”

That approach certainly seems to be working for the Croydon lad who is with the England Under-21s ahead of their Euro qualifiers in Slovenia on Thursday and Andorra on Monday.

Livramento, 18, was named Chelsea’s academy player of the year last season but decided to leave to progress his career with top-flight game-time now.

Saints beat off competition from Brighton and a host of other clubs from home and abroad to sign him.

He was not expecting to start Prem matches from day one.

But boss Ralph Hasenhuttl bucked his own trend of giving new signings an eternity to settle by starting him at Goodison Park on August 14 — and every league game since.

He is the just the tenth star aged 18 or under to play the first seven matches of a Prem season, joining the likes of Ryan Giggs, Michael Owen and Rio Ferdinand.

The whizkid has shone in the big games, with excellent displays away at Manchester City and Stamford Bridge.

An image of him leaving Brazil international Fred on his backside with a barnstorming run against Manchester United went viral, to the point where Livramento’s brother showed him it.  “A bit weird,” the player observed.

Winning the spot-kick in the 3-1 loss at Chelsea was surreal, given how many times he had watched on from his seat in the West Stand, under the boxes.

He said: “I was at Chelsea for so long and grew up a fan and never played at Stamford Bridge in a competitive game.

Michael Owen was a teen sensation when the burst on the scene with LiverpoolCredit: Times Newspapers Ltd

“It was a bit weird but I just enjoyed it that bit more playing against Chelsea and people I have trained against.

“I had a season-ticket there for three years and my dad and brother still go, my brother is still a Chelsea fan.

“You watch games there and coming through the academy I played a few youth games there on the pitch but nothing compares to a full packed out Premier League game, it just felt a bit weird being on the other side.

“When I won the penalty I tried to find my dad and brother but I couldn't see them.”

Livramento’s versatility has seen him play right wing for Lee Carsley’s Young Lions, with some Saints fans urging Hasenhuttl to deploy him there too.

But the youngster is happy working on the defensive side of his game at right-back for his club, particularly on being more aggressive and improving in the air.

Asked for his toughest challenge so far, he replied: “There's been loads. Richarlison, (Paul) Pogba, (Luke) Shaw, (Jack) Grealish, (Joao) Cancelo, (Said) Benrahma... playing against Callum (Hudson-Odoi) as well was a good challenge but I really enjoyed it.

“My first challenge was against Richarlison. I thought I'd given away a penalty. He went down in the box and I was thinking: 'I don't think I touched him' and the crowd’s reaction was mental.”

The same can be said for how the St Mary’s faithful have taken to him.

BETTING SPECIAL: GET 30/1 ON FURY OR 50/1 ON WILDER FOR HEAVYWEIGHT BOXING CLASH

It says a lot about his talent that he already looks like Southampton's best player.

Livramento, son to dad Louis and mum Caroline, said: “The fans are always so nice when I see them, not just after games but in the week, in the way they stop me and talk to me.

“It's been crazy the way they chant my name. To block it out is kind of easy, get your head down and get on with what you're doing.

“It's more like when my mum comes to games and hears it she finds it a bit crazy.

“There's not been one pinch-me moment but just travelling and playing in all these stadiums that you've been watching growing up.

“It's a bit weird because my dad will still be there after every game. He's gone to St James' Park, The Etihad and I'm sure he'll carry on going to the games all season.

“It's kind of that surreal moment of playing there and coming back down to earth and seeing your dad after, that's what keeps you level-headed, I think.”

Livramento also has his old school mates to keep him grounded while playing PlayStation, while there are a number of fellow pros he speaks to “if it all gets overwhelming”.

Bayern Munich’s Jamal Musiala and Leeds’ Lewis Bate, both previously of the Chelsea academy, are close confidants, while Nathan Redmond has taken him under his wing at Southampton.

Livramento sees Reece James as an inspiration and with a £40million buy-back clause in his contract, it is not out of the question that he one day returns to Chelsea to compete with the right-back.

But for now he is just enjoying his childhood fantasy turning into a reality.

He said: “When you've been dreaming of it since a little boy, when it actually happens, you just want to take the opportunity with both hands and that's what I like to think I've done.”