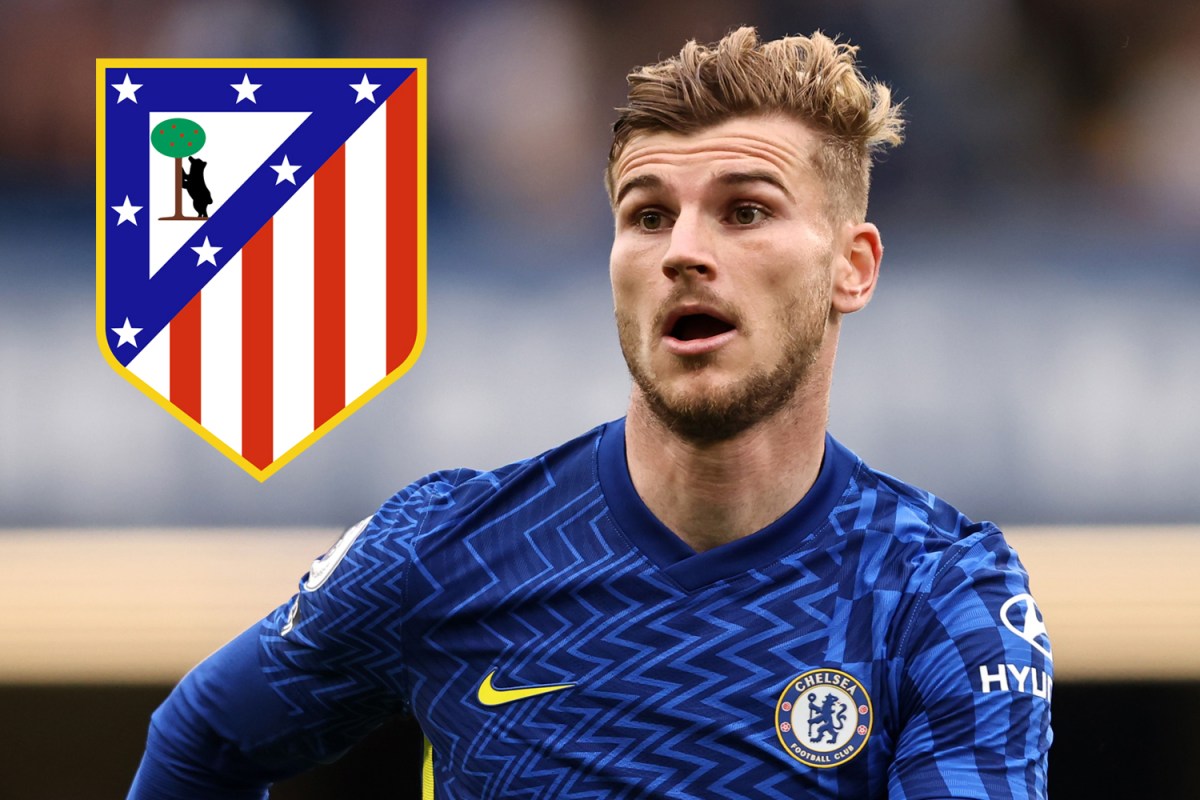 The Blues star, 25, scored his first Premier League goal since April 24 in Saturday's win over Southampton.

That took his overall tally to 14 goals in 60 appearances for the club since joining last year.

But Transfermarketweb believe Atletico boss Diego Simeone is keen to link the German up with Luis Suarez and Antoine Griezmann in attack at the Wanda Metropolitano.

The LaLiga champions are level on points with Real Madrid and Real Sociedad with eight games played in their title defence.

Suarez is their top scorer so far this term on five goals in all competitions followed by Angel Correa and Thomas Lemar.

However, the report also adds Bayern Munich, Borussia Dortmund and Juventus are monitoring his situation and could swoop.

Werner came through at Stuttgart then shone at RB Leipzig with 95 goals in just 159 games to earn his big-money Stamford Bridge move.

But after joining on a five-year deal, it hasn't quite worked out as planned for him - despite winning the Champions League in May.

Before tapping in his winner against Saints - after a strong performance alongside £97.5million signing Romelu Lukaku - he had seen another finish ruled out by VAR.

It means 16 Werner goals for Chelsea have been chalked off in a staggering record.

Werner said: "I was very happy to score and help the team.

"In the first half, it was the story of my whole Chelsea career in one game a little bit. It was obviously not so clear because it took the referee a while to make his decision. Maybe 50/50.

"It was a very important win after losing the last two. It was a very tough game for us because Southampton did very well.

"We were a bit lucky they conceded the red card. It opened up a lot of space for us. They made it very hard to create chances, but overall we were the better team."