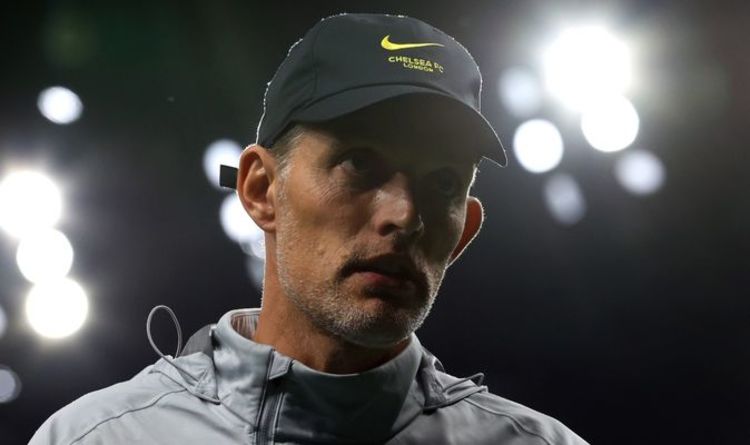 Thomas Tuchel opted to leave Saul Niguez as an unused substitute during Chelsea's win over ten-man Southampton on Saturday afternoon. The Blues returned to the summit of the Premier League table by taking all three points at Stamford Bridge, but the Atletico Madrid loanee was not involved in any capacity.

Chelsea took an early lead through Trevoh Chalobah, who scored his second goal of the season with a fine diving header inside 10 minutes.

The hosts were pegged back when James Ward-Prowse equalised from the penalty spot before he was sent off for a horror challenge on Jorginho midway through the second half.

Southampton were left to hang on in the 26-year-old's absence but were unable to see out the result, with Chelsea taking full advantage of the extra man.

Timo Werner restored their lead in the closing stages before Ben Chilwell added another to rubber-stamp the points.

Chelsea boss Tuchel opted to start Ruben Loftus-Cheek and Mateo Kovacic in the middle of the park, with N'Golo Kante sidelined after testing positive for COVID-19.

Tuchel opted to leave Saul on the bench against Southampton (Image: GETTY)

Saul would have been hoping to gain some much-needed minutes off the bench, but the Spaniard was left to watch from the sidelines for the third Premier League match in a row.He is yet to find his best form at Chelsea after being substituted at half-time on his debut against Aston Villa last month.It seems as though Tuchel's reluctance to play Saul is at odds with a promise made to the midfielder before he decided to join the Blues on a temporary basis in the summer transfer window.

The Chelsea boss assured Saul that he would be counting on the midfielder's presence in the engine room over the course of the season, according to Mundo Deportivo.

Saul has failed to hit the ground running at Chelsea (Image: GETTY)

However, with the Atletico man playing just 121 minutes in all competitions since his arrival, it remains to be seen whether Tuchel's vow will eventually be fulfilled.

The 48-year-old insisted after Saturday's match that Saul will get his chance to shine for Chelsea, who will face Brentford in their next outing after the international break.

"He does not need to worry, just work hard and adapt and the chances will come," Tuchel told reporters.

"We have only 11 to give a chance. I would like to see it in a positive way. If you turn it around of course you have eight players who we didn’t trust today from the beginning.

The midfielder joined on a season-long loan back in August (Image: EXPRESS)

"This is a reality. I cannot hide from this reality. I will always do my choices in the best belief for the team and best belief in this moment and for these types of games.

"There will always be tactical choices and choices of current form and of connections on the field. Particularly about Saul, he was very, very close to [a] start today.

"In the end I decided against him because I thought to put him in another high pressing match, an opponent pressing so high in the centre of the pitch, would it be fair to say: 'Okay, now prove it and let’s see if your adaption has gone further?'"