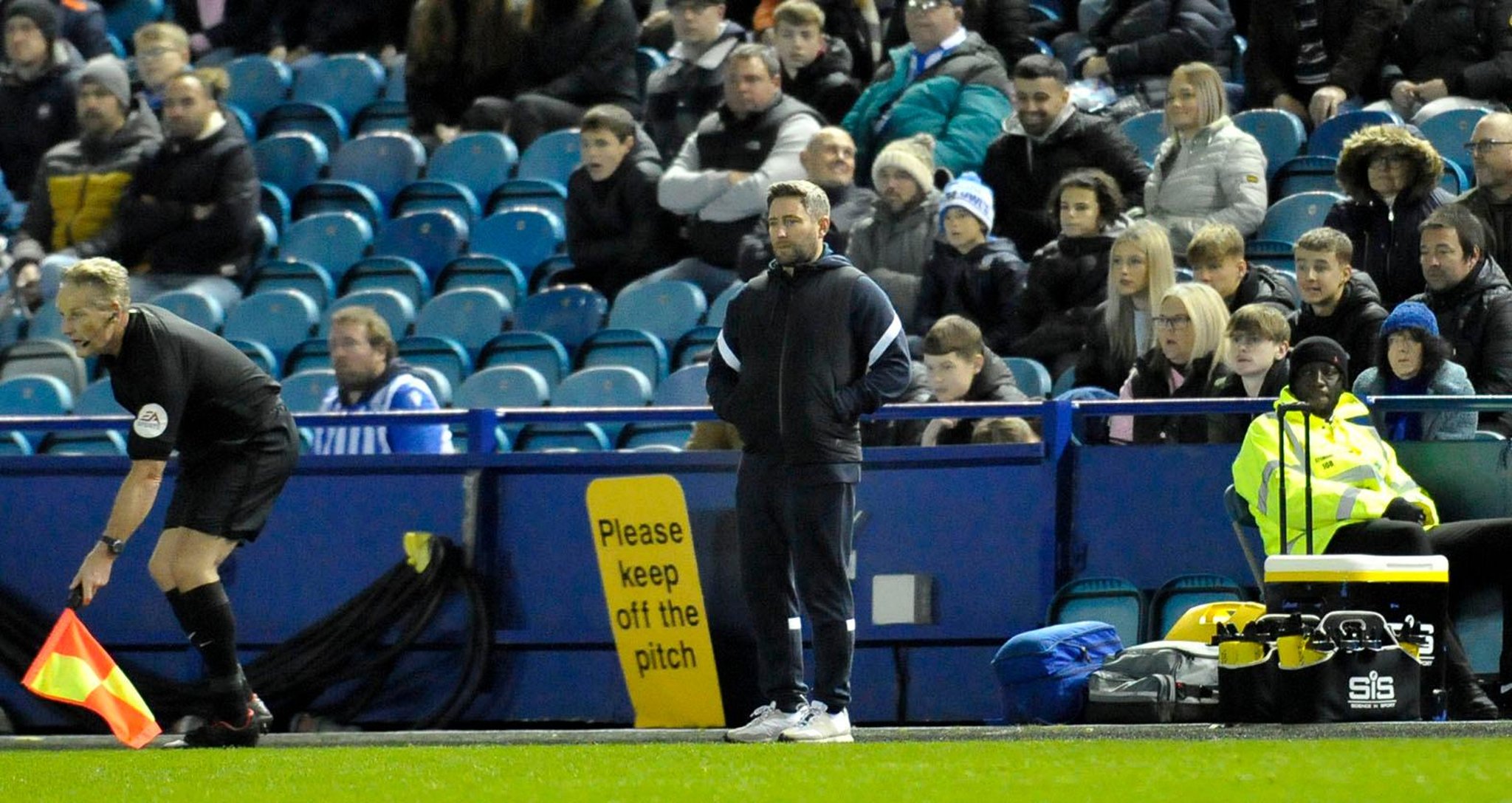 After the 5-1 defeat at Rotherham United on Saturday he had made three changes in search of a response, but defensive vulnerabilities were once again exposed.

The Black Cats conceded two soft goals in a relatively even first half, before a third shortly after the break all but killed the game.

Johnson said he would ‘take the heat’ that comes but insisted he was positive about the club’s path.

“I’ve got to be careful because I don’t want to come across like I’m delusional, but I’m pretty confident,” he insisted.

"I’m pretty confident that we can turn this form around pretty quickly.

“I think we’ve got some good players coming back to fitness, and I think we’ve been on the end of a Championship-style run that’s exposed us a bit in terms of the extra game last week.

“They defended their box better than us, and obviously they scored the three goals and were a bit sharper. But I don’t think it was a reason to throw the baby out with the bathwater today as much.

“It’s my job now to rebuild. Let me take the heat and any pressure that comes with it. You’re always going to get that, but at the same time, I have got a huge belief in what we’re going to do.

“The fans stayed to the end. I know there was a bit of sarcastic chanting every now and then, but we’re not f-g s**t, I promise you that. We’ll be alright. We’ll go on a run.

"Obviously, we want the run yesterday, but we will go on a run. The issue is that we’ve lost three on the spin and we have to apologise for the form. But at the same time, I genuinely do believe we can be really successful this year.

“At times, we weren’t physical enough,” he added.

"One of the things with young players is that they’re obviously not going to have that strength at 17 years of age that a man of 32 might have. That was one of the reasons we conceded a goal, but at that point, you need your men to really stand up and be strong, and we didn’t do that either in those key areas just outside the box. If you look at the three goals back, you’ll see that extra need for the physicality.

“Little things have gone against us as well. It’s a penalty just before half-time on Ross Stewart. He’s given a contact against Gooch, then there’s four times as much contact and he hasn’t given it.

“At the moment, those things aren’t going for us. But we’ve got to puff our chest out. We’re Sunderland and we’ve got to believe in what we’re doing. Rightly so, there’ll be questions asked. But I’m looking forward to proving to everyone we’re a really good team and we can come through the patch.

“We’ll go on a run. We will go on a really good run, but we do have to man up on a couple of key positions in the pitch. We’ve been exposed on that in the last couple of games.”

Though the head coach felt there were some improvements in the all-round performance, he conceded that it had become too easy for opposition teams to beat his side with a similar method.

Sheffield Wednesday adapted their style to expose the Black Cats, with a physical front two in Florian Kamberi and Lee Gregory both getting on the scoresheet.

“Absolutely, that's the nail on the head,” he said.

“The second goal is so frustrating because it's one direct ball that we haven't read early enough, but listen, Callum Doyle is 17.

“These are the trade-offs if you want to do what we've done, to try and build a different and brave Sunderland. You will go through these moments and hopefully you learn, and when you next win and keep a clean sheet, you have grown.

“You look at tonight, they're shelling it, and fair play they've got the result. So where's that come from? Well it's coming from watching Rotherham, hasn't it?

“We dealt with it OK initially and had a decent couple of breaks, but lacked a bit confidence.

“We've then had to take a punch on the nose at the worst possible time.

“I don't think the players hid. There were too many straight balls, and we did have a spell where we went a bit straight, a bit long, but I can understand that.

“We've said it since Portsmouth, and that's the players saying it as well.

“There's a little textbook as to how you beat Sunderland. So what do you do? Change the players? We can't do that until January. Change the tactics? Maybe put another centre half in there. Or change the manager!

“But we shouldn't have to do any of that. I really believe in the path we're on, even though I know it's hard for me to sell that dream right now.

“I have to ask the fans to keep the faith and I know they will, because they've brilliant with us.”